Celine Dion's voice will go on!

The "Power of Love" singer stopped by "The Tonight Show" on Thursday, where she played a game of Musical Impressions with Jimmy Fallon.

Needless to say, the 48-year-old "My Heart Will Go On" songstress nailed each of her impressions, but we were especially impressed with Dion's version of Sia singing "Hush Little Baby" to the tune of her hit single "Chandelier." 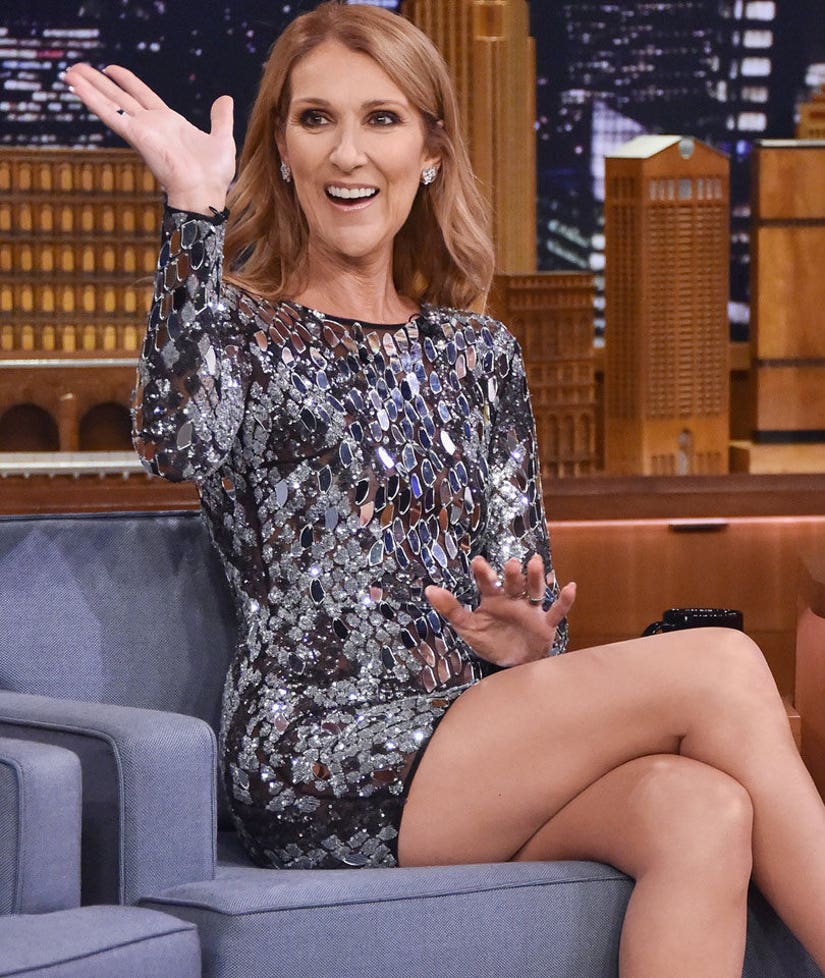 Later on the show, Dion revealed that she never wanted to record the theme song to "Titanic."

"I'm glad I sang the song ["My Heart Will Go On"], because, I think I said it before ... but I don't do television so much so I didn't want to record the song," she told a very shocked Fallon. "I'm sorry!" she said in response to his devastated reaction.

Which cover was your favorite? Sound off below and check out the gallery above to see more of your favorite pop stars then and now!