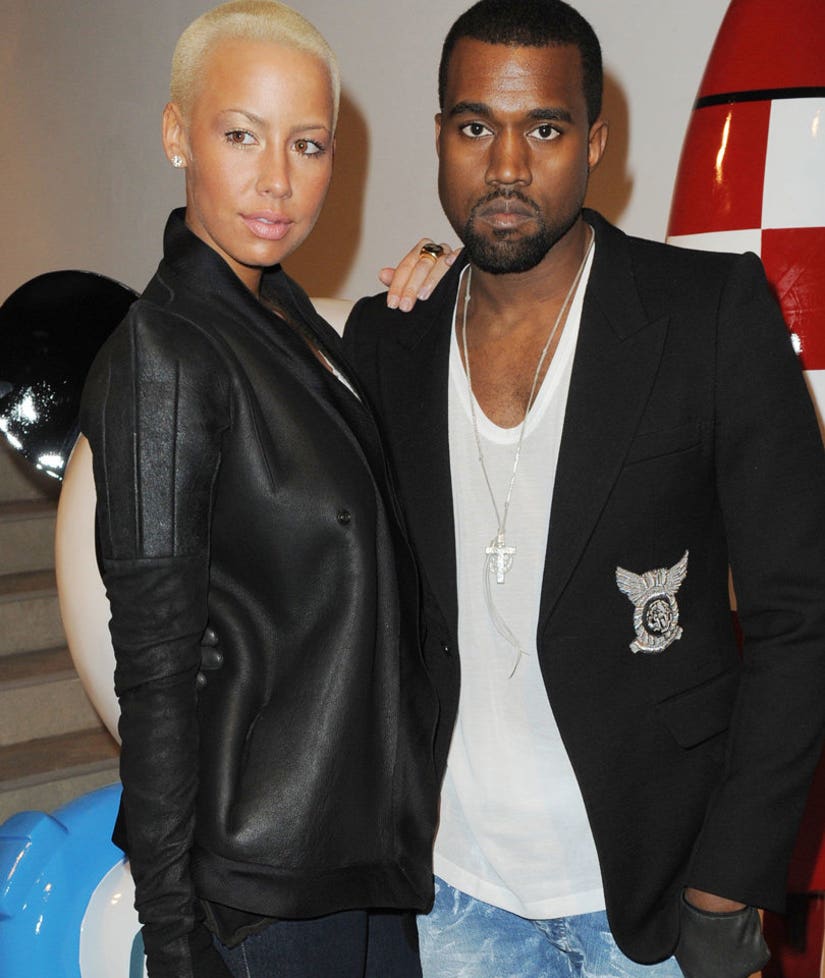 Amber Rose is taking ex Kanye West's side in his feud with Taylor Swift.

In case you somehow missed it, the rapper's wife, Kim Kardashian, wanted to prove that Taylor knew about West's song, "Famous," releasing video of him explaining the lyrics to her while they spoke on the phone. She's heard telling him she considers it a "compliment" to be included on the track. While they're pretty telling clips, they still don't show Kanye explain the line, "I made that bitch famous," in the song -- which was Swift's major issue with it.

So, here's where Amber comes in. On Friday's episode of "The Amber Rose Show," Rose broke her silence and surprisingly sided with Kimye.

"I want to talk about Kim and Kanye's Snapchat," she said. "So, I'm not the biggest fan of Kanye ... but I was next to him at the VMAs that year (where West famously jumped on stage during Swift's speech and took the microphone away from her). I remember the repercussions after that."

"I remember Taylor's mother and father coming up to us and saying, 'One day Kanye, you'll have a daughter and somebody is going to do that to you,'" Rose continued. "He was so remorseful. I mean he really felt so bad, because it wasn't about Taylor. It was about Beyoncé and her video ... he didn't want to interrupt Taylor – he didn't even know who she was at the time."

Rose went on to explain that Kanye wouldn't repeat this mistake again because of all the negative backlash that followed.

"It was just a very hard time for him, and I was around to see that," she added. "I watched Lady Gaga cancel the tour. I watched people say that they did not want to work with him anymore because of it. And he really went through a lot of bulls--- and I know that Kanye would never ever go through that again by not calling Taylor and say, 'Heads up, I'm about to go write this verse real quick. Just wanted to make sure you're cool with it.' I know that about Kanye."

Amber ended with a strong message to her ex: "So, I say all of that to say, why didn't I get a phone call for using a naked wax figure in your video Kanye? I mean, Taylor gets a call but I don't get a call. So please stay the f--- out of the news so I don't need to talk about your ass anymore."

Are you surprised by her comments? Sound off below!