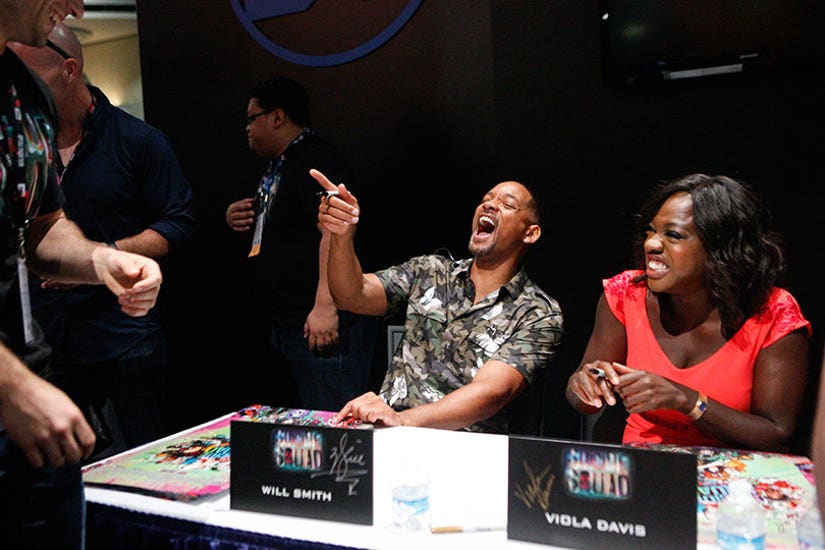 Superman himself was in costume at Comic-Con on Saturday -- and his fans didn't even know it!

After hitting the stage to drop the first trailer for "Jusice League" -- which you can watch here -- Henry Cavill popped up on the convention floor, in disguise.

The actor donned a simple, yet effective, Guy Fawkes mask to stroll around the floor, where he even took photos with fans sporting Superman t-shirts. They had no idea it was him at the time ... but are probably kicking themselves after seeing this video!

The actor, who was sporting a "Suicide Squad" t-shirt, then stopped by that film's autograph session, waiting in line to get a poster signed by Will Smith. As Will took a photo with him, he removed the mask, revealing who he really was. Both Smith and co-star Viola Davis were definitely shocked!

See more amazing Comic-Con costumes in the gallery above, including another male star who dressed up as Harley Quinn!