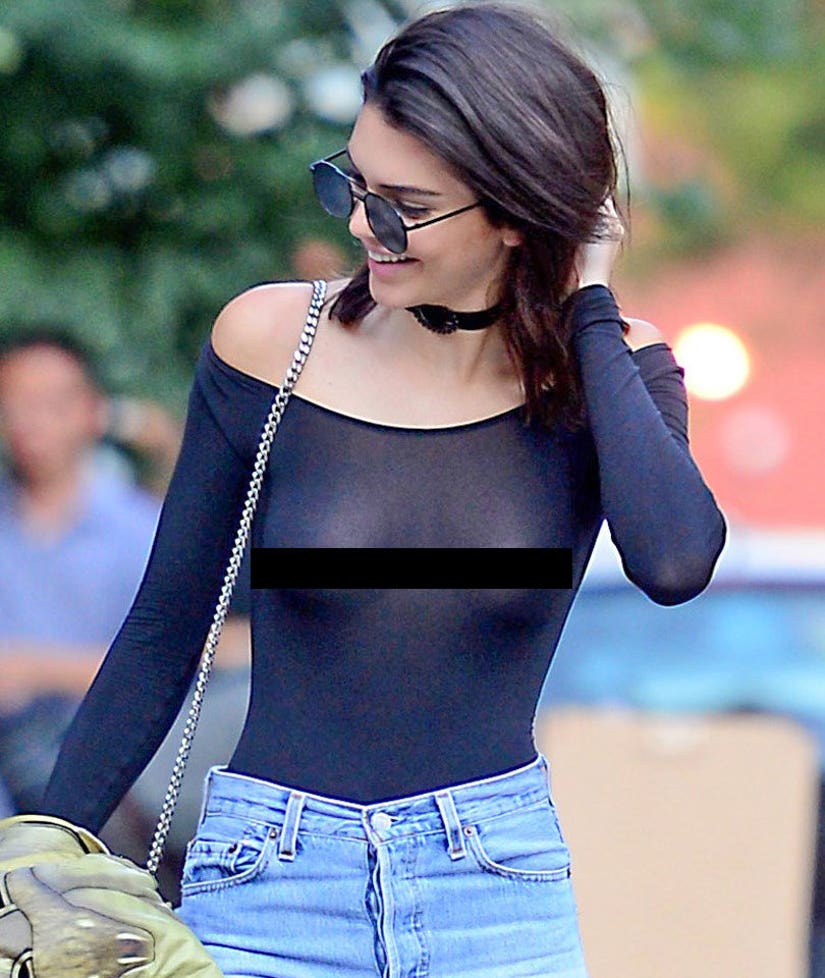 While she's flashed her goodies on the runway in the past, she's recently started stepping out in see-through tops, sans bra, in her day-to-day life as well -- bringing a lot of attention to herself in June for doing just that (photo above).

In a new update on her app, the model opened up her reasons for embracing the #FreeTheNipple movement.

"I really don't see what the big deal is with going braless," she writes. "I think it's cool and I really just don't care! It's sexy, it's comfortable and I'm cool with my breasts. That's it!”

The model also says it's a fun way to show off her custom made nipple rings. "Jacquie Aiche made me a couple of pieces that are really sick -- like a pair of angel wings," she adds.

In another post, Jenner reveals why she's glad she didn't "grow up normal."

'Even though Kylie and I told Khlo that we wanted to see what it was like to 'live normally,' my life is so great (and you KNOW I'm so grateful for it!) that of course I don't get sad about not having a normal childhood," she explains.

"I think it's part of life for anyone to have their 'what-ifs'" she writes. "It would be weird if I didn't wonder! I feel like I probably would have gone to some sort of design school in New York or maybe become a photographer (anything is still possible!). If things hadn't worked out the way they did, though, I wouldn't have this life -- and I'm busy living it."

We've getting some major girl power vibes from Kenny today! What do you think of her liberating stance? Sound off below!