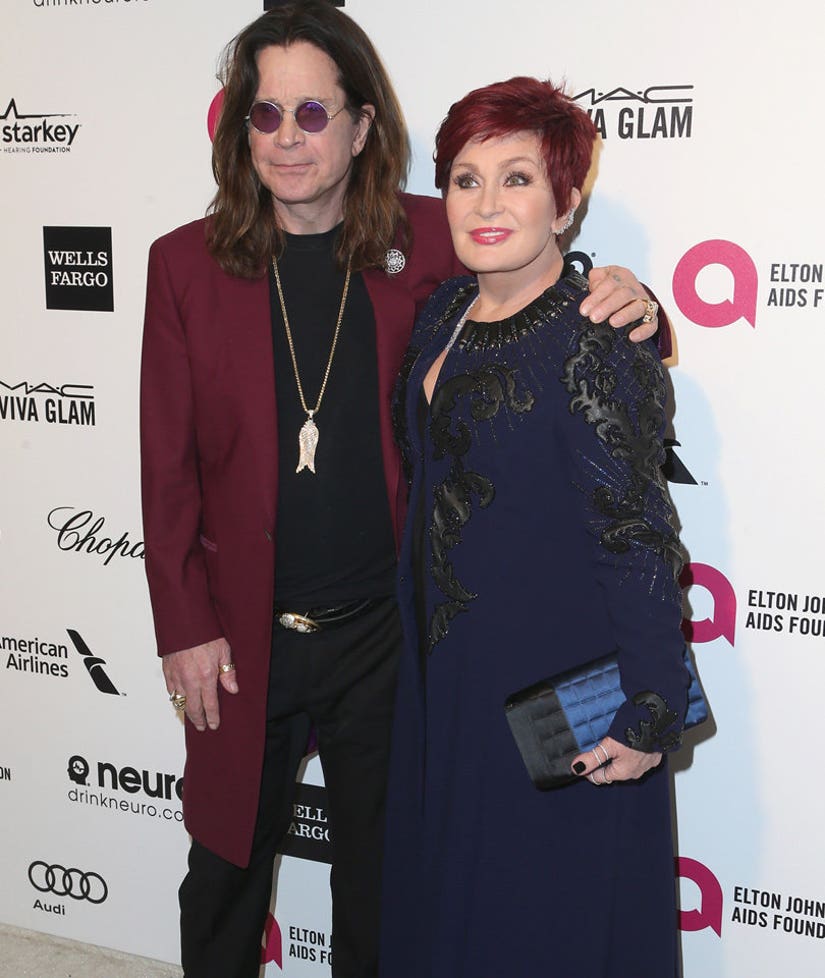 Ozzy Osbourne and Sharon Osbourne are working through their issues.

The rocker stopped by "Good Morning America" on Monday to promote his new show on the History channel, "Ozzy and Jack's World Detour," where he revealed that his marriage is in a much better place these days.

"We are married, all is good," he said on the show alongside son Jack Osbourne. "We all lived happily ever after ... I'd like to find the person who wrote that and poke them."

Two months ago, Sharon announced that she and Ozzy were splitting ... following reports that the Black Sabbath singer had an extramarital affair.

"You just, you make mistakes, and you learn by your mistakes, I think," Ozzy revealed, noting that their separation was simply "a bump in the road."

"Some days it's good, some days it's terrible, some days you just drift apart for a while. But you get back on the horse, you know," the 67-year-old "Changes" singer explained.

Sharon and Ozzy's son Jack -- who's been married for four years now -- shared his dad's views.

What do you think about Ozzy's candid comments? Sound off below and check out the gallery above to see more long-lasting celebrity couples!