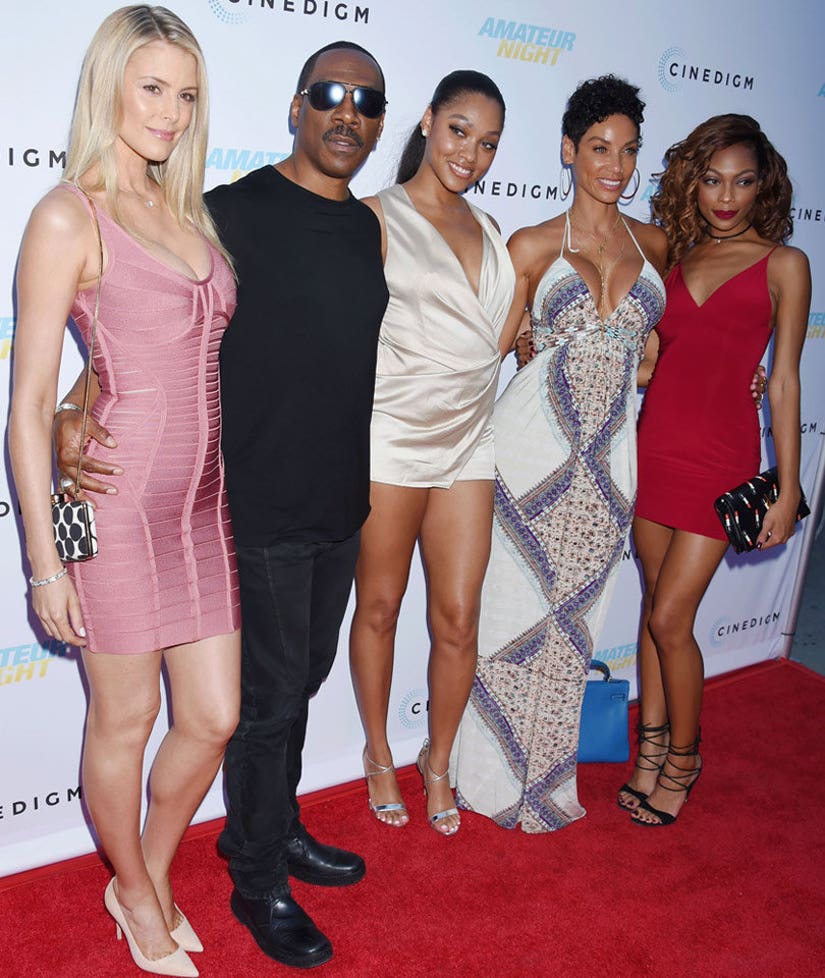 Now this is a modern family!

Eddie Murphy showed his support for daughter Bria (center) at the premiere of her new movie, "Amateur Night," by attending the event with his current girlfriend, Paige Butcher, and his ex-wife, Nicole Murphy. Nicole and Eddie's other daughter, Shayne (right), joined them at the event.

The unlikely group showed no signs of drama as they posed for pictures on the red carpet.

Bria is the eldest of the actor's five children with Nicole. The couple split back in 2005 and their divorce was finalized the following year.

The father-of-nine recently welcomed his first child -- daughter Izzy Oona -- with Paige on May 3.

Murphy and Butcher like to keep their relationship private, but the new mom recently touched on the subject in an interview with Vanity Fair.

She admitted that being in the public eye has made her wary of social media. "I'm in a relationship with a celebrity, so I felt like there's already enough of me out there," the Australian star told the mag. "I felt like I was giving out too much information. I was giving people too much access. I like to keep as much private as possible now."

Check out a trailer for the film below, it hits theaters August 5 and VOD on August 12.