Jimmy Kimmel and Matt Damon are trying to get to a better place!

In a special segment for Monday's "Jimmy Kimmel Live," Damon and Kimmel decided to get couples counseling.

Fans of "Jimmy Kimmel Live" know that Jimmy and the "Jason Bourne" star have long had faux-beef with one another ... which hit an all time high last year when Kimmel literally threw Matt off of his set after pal Ben Affleck smuggled Damon onto Jimmy's 2016 Oscar show.

The comedian regularly throws shade at Damon on the late night series, despite the actor's best (and hilarious) attempts to rekindle a friendship.

The skit opens with Jimmy walking into psychotherapist Paul Kundinger's office ... where he creates a wall of pillows between him and Damon on the couch.

After Jimmy explains that the session was "court ordered," Damon reveals that he lives at Jimmy's studio, to which Kimmel calls "technically stalking." 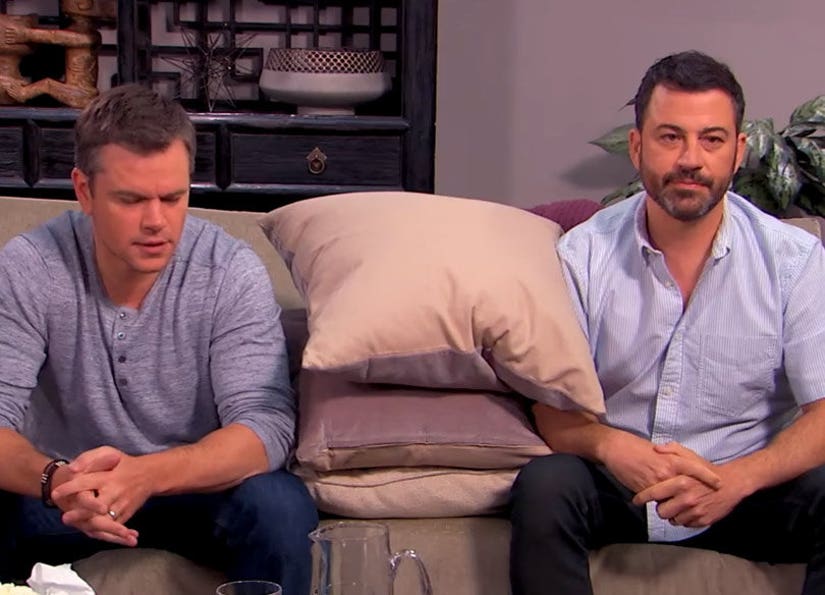 "You invite me every day, you say I'm going to be on the show, and I've never been on the show," Damon says in defense. "So I took matters into my own hands."

"I bribed Ben to sneak me into his jacket," the "Good Will Hunting" star explains. "Now I'm going to have to come in here with Ben too," Kimmel quips.

"There's been thousands and thousands of evenings that I have been just about to go on and then ... oh look what happened, it's like you know the show is an hour, so can you build in like five minutes and just have some time for me?" Damon asks.

"I'd love to do that, but there [have been] repeated moments of violations, besides the violence, forcing himself on the show, I was tied up, I was duct taped on my face ..." Kimmel explains.

At the end of the clip, the therapist asked the duo to do a little "art therapy" and draw how they really feel about each other -- make sure to check out the full clip above to see their hilarious illustrations!