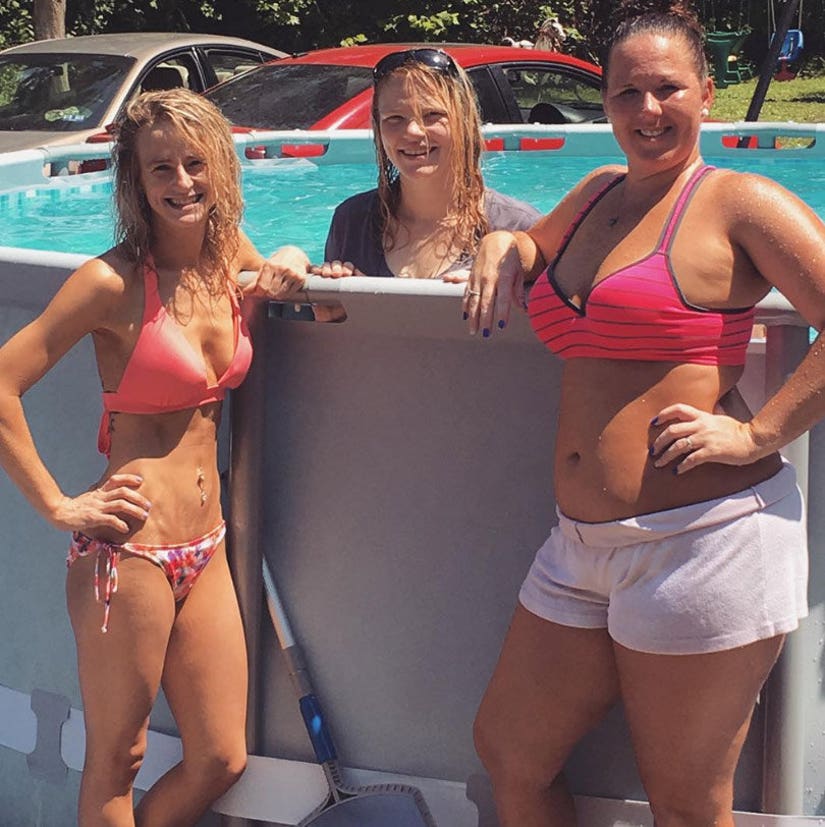 UPDATE: Leah has reacted to her critics.

"First and foremost, there is much more to women than our bodies," Messer tells Refinery29. "Yet many women seem to continually judge others, not by their character, but by their bodies. There are many more important issues going on in the world today than whether or not I had enough to eat for breakfast. (Side note: I had plenty.)"

"We should be focused on spreading love and kindness instead of mean-spirited bullying. Thankfully I am in a beautiful place in my life raising three wonderful, kind, loving and confident little girls," she continued. "The last thing I would want for them is to feel that they, too, could be ridiculed for their bodies. So let's stop with the shaming, start supporting one another, and focus on what really matters."

"Teen Mom 2" star Leah Messer appeared proud of her bod after having three kids ... but that didn't stop her fans from sharing how they really felt about her physique.

The reality TV star posted a bikini photo on Sunday, showing her chilling by a pool with some family members. Sporting a mismatched pink two-piece and a big smile, Messer seemed extremely happy in the pic, captioning it, "What would I do without my boos!? #sisters #cousins #Family #Pool #Summer2016."

Almost immediately though, the comments started coming in about her weight.

"Jeesus! eat a burger gf," wrote one. Another added, "I know Leah has always been very slim but this pic looks painful. I hope it's just a bad pic and all is well with you Leah."

"The weight loss, teeth, constantly pinned eyes are not good signs," commented another follower. "I don't know her and I feel bad for all she has been thru and hope I am wrong. Those saying she looks for three kids. She looked good rite after she had them.up til now. This is a sign of something wrong. It's sad."

Though the skinny-shaming comments kept coming in, others ran to her defense.

"It's extremely rude to comment on someone's weight, whether it's fat shaming or skinny shaming it's just plain wrong," one shot back.

"You are absolutely BEAUTIFUL and anyone who has anything to say otherwise is body shaming," wrote another. "Leah keep doing what you're doing as long as you feel healthy and happy. great mom by the way love the show!"

So far, Leah hasn't commented on the reaction to her pic.