Stephen Colbert's making the most of his time at the Democratic National Convention!

On Monday's "The Late Show," the comedian shared another hilarious segment of his 2016 Hungry for Power Games at the Democratic National Convention in Philadelphia.

With his pet weasel Caligula by his side, Colbert hit the convention floor once again (after attending the Republican National Convention last week) in an effort to crash Hillary Clinton's stage.

"Oh smell that? The air is thick with Bernie's crushed dreams," he said, before heading down to the main area. "It's like a musk hanging in the air. Oh, I'm sorry that's Caligula," he joked.

Stephen -- who dressed in blue for the DNC -- didn't quite make it past security though, and was kicked off the stage multiple times. 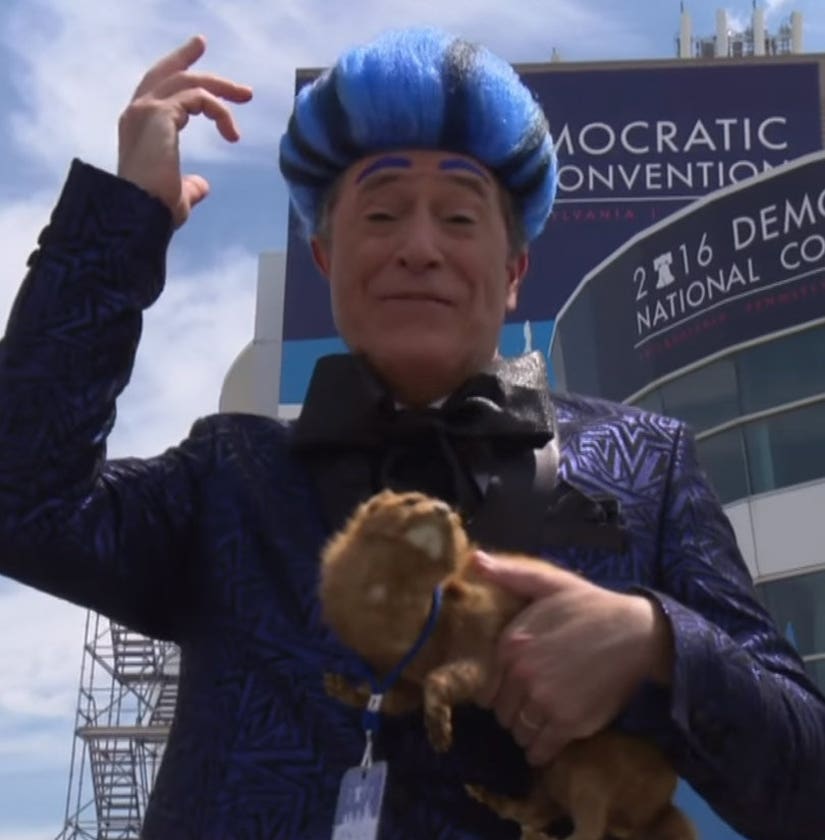 That's when Colbert pulled out the "big guns" and enlisted the help of Minority Leader Speaker Nancy Pelosi. Unfortunately, only Nancy and her grandchildren were able to access the stage.

Finally, Stephen sprinted past security: "Have a great week everybody. God bless America! God bless freedom of the press! I'm not one to gloat, but I won!" he shouted.

What do you think about Colbert's hilarious spoof? Tell toofab in the comment section below!