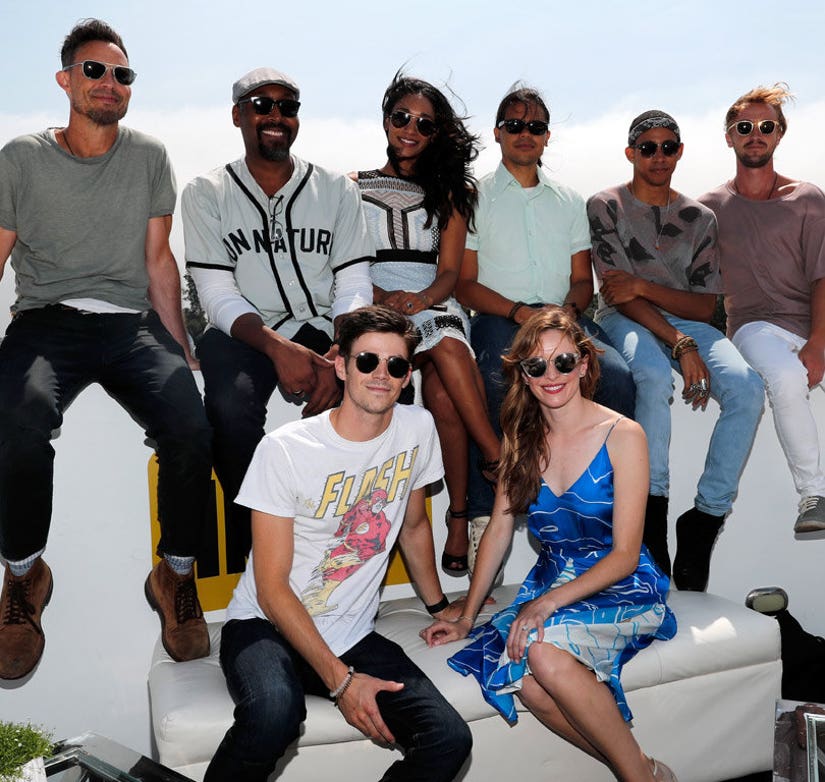 Draco Malfoy is coming to "The Flash" ... and the cast totally freaked out about it.

"Harry Potter" star Tom Felton joins the CW show as a series regular next season, playing crime scene investigator Julian Dorn. Little is known about the character, and the actor himself is still in the dark too!

"He's a CSI investigator, he speaks in an accent, at least so far," the Brit joked about the role at Comic-Con. "That's about it, but they told me there is a nice new piece of meat to sink my teeth into at some point in the season. I have no idea what that is."

Dorn is the product of Barry Allen totally screwing with the past during the Season 2 finale. When Barry went back in time and stopped his mother from being killed, it changed everything, and Season 3 plans to follow the comic's famous "Flashpoint" storyline.

"My character is introduced because of [Flashpoint]. For everyone else's existence, I've always been there. Barry's the only one who's like 'Who the hell is this guy?'" Felton adds. "Grant does this thing so well of making every situation slightly funny or finding lightheartedness in every scene. We've only done one scene, but it was a lot of fun."

The 28-year-old former child star says he wasn't very "knowledgable" about the series or comics before he joined the show, but caught a couple episodes while flipping through the channels.

"It's a really, really feel good show. I come up with crap metaphor that it's like watching 'Friends' and 'Spiderman' because it's a real action-based show with a lot of cool stuff, but it also makes you feel warm somehow and it's cozy," he adds. "I found it a very comforting show to watch, so to be part of it now is pretty awesome."

The cast is just as excited to have him around, as some of them are clearly Potterheads.

"How cool is it that he joined the show?" exclaims Jesse L. Martin. "We all kind of fanboyed out on him. We all tried to be really professional and cool, but man, as soon as he showed up, we were like 'Dude!'"

Martin adds that his character, Joe West, works with Dorn and has the "same sort of work relationship as me and Barry."

Some other tidbits we picked up from our talks with the cast:

Find out when "The Flash" returns to The CW on October 4.