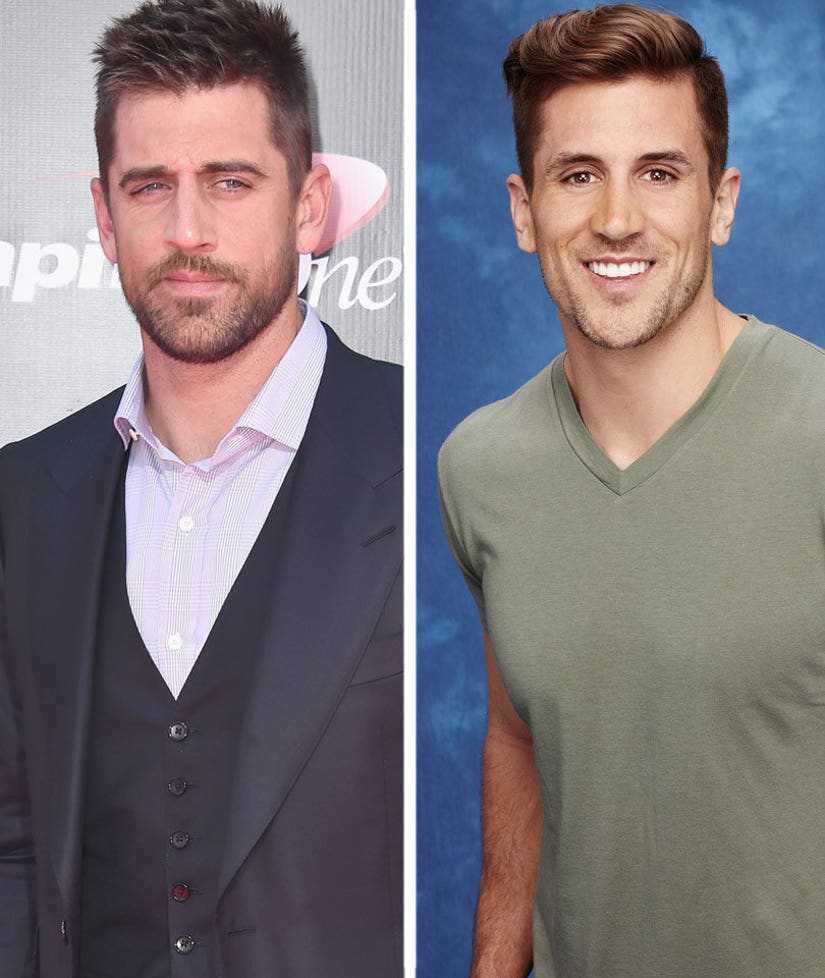 Aaron Rodgers was asked about his brother Jordan Rodgers stint on reality TV for JoJo Fletcher's season of "The Bachelorette," where he revealed that he hasn't been watching his younger sibling on the show.

"I haven't seen the show, to be honest with you, so it hasn't really affected me a whole lot," the Greenbay Packers quarterback told WISN 12 News on Tuesday.

After some more grilling about his estranged relationship with Jordan, the 32-year-old NFL star kept quiet.

"As far as those kinds of things go, I've always found that it's a little inappropriate to talk publicly about some family matters, so I'm just … I'm not going to speak on those things, but I wish him well in the competition," Aaron said.

Jordan, however, has had no problem talking about his famous family member this season ... and revealed that he and Aaron don't have "much of a relationship" these days.

"It's just kind of the way he's chosen to do life," he told JoJo about his distant relationship with Aaron earlier this season. "I choose to stay close with my family and my parents and my brother. It's not ideal. I love him and I can't imagine what it's like to be in his shoes and the pressure he has, the demands from people that he has. Don't have hard feelings against him, it's just how things go right now."

Jordan -- who's one of the final two male suitors competing for Fletcher's heart -- likewise enlisted their older brother Luke Rodgers to open up about their family drama during their "Hometown Date."

"It pains both of us, like, not to have that relationship [with Aaron] – we miss our brother," Luke told JoJo during the episode. "I trust that God brings things full circle and that everything would just get back to us being a family."

What do you think about Aaron's reaction to his brother's appearance on "The Bachelorette"? Sound off below and check out the gallery above to see more gorgeous celebrity siblings!