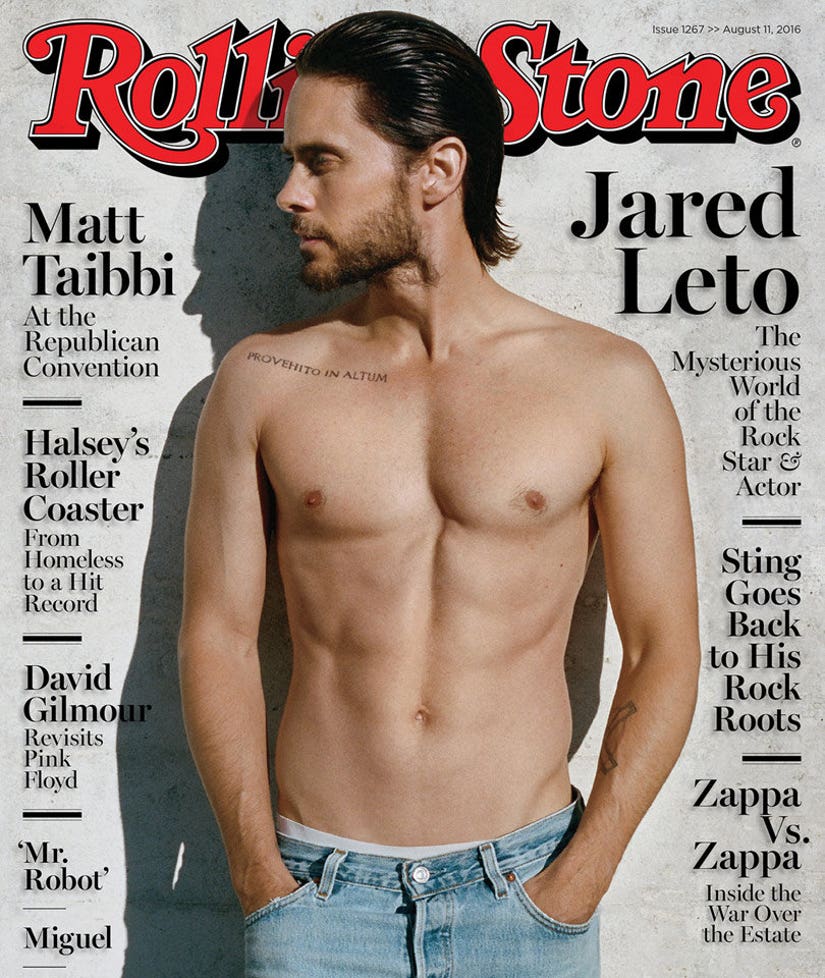 The "Suicide Squad" star covers the new issue of Rolling Stone magazine, where he opens up about his rise to fame, experimenting with drugs and his starring role as the Joker.

The 44-year-old -- who looks ripped on the cover shot -- says he had no real ambitions for fame and fortune as a kid ... which also led to him getting into a little bit of trouble.

Before he ever considered a career in music or film, the Thirty Seconds To Mars singer considered either being an artist or a drug dealer.

"They both had their own risk and reward," he says. "I didn't even know the word 'celebrity.' I didn't have posters of people that I loved on my wall. Like, I must have listened to Led Zeppelin II 16,412 times. I didn't even know what the f--- they looked like. I thought musicians and actors and these types of people were like magic. It was royalty or you were born into it, or it was some stroke of luck or genius."

During that same time, the "Dallas Buyers Club" star said he dabbled in some drug use of his own.

"My experience with drugs, I did them, lots of them," he tells the mag. "A lot of them were really fun. There are just those few that tend to kick you in the ass."

"I guess at some point, too, there's a decision: Is this going to be my life? I made a choice to pursue other dreams," he adds. "I guess that's just the kind of f----d thing about a lot of drugs: The opportunity cost is too high. Some drugs are incredible, but the risk reward versus reward is out of line. I just saw too many examples of what not to do."

Nevertheless, the Oscar-winning actor definitely turned his life around for the better -- and he's getting to step into the late Heath Ledger's shoes as "Suicide Squads" villainous Joker.

"Heath did an impeccable, perfect performance as the Joker," Leto says of the "Dark Knight" star. "It's one of the best performances ever in cinema."

"I had met Heath before. I didn't know him well, but he was a beautiful person," Leto reveals, noting that he did consider turning down role because of Ledger's tragic death.

"I think had it only been portrayed by Heath and it was never a comic book, maybe I would have felt that would be inappropriate," he says. "But I thought that given the history, it was OK. The good thing about other people having done this is that you know what direction not to head in."

What do you think about Leto's candid comments? Sound off below and check out the gallery above to see more leading men then and now!

Make sure to check out the new issue of Rolling Stone on newsstands Friday.