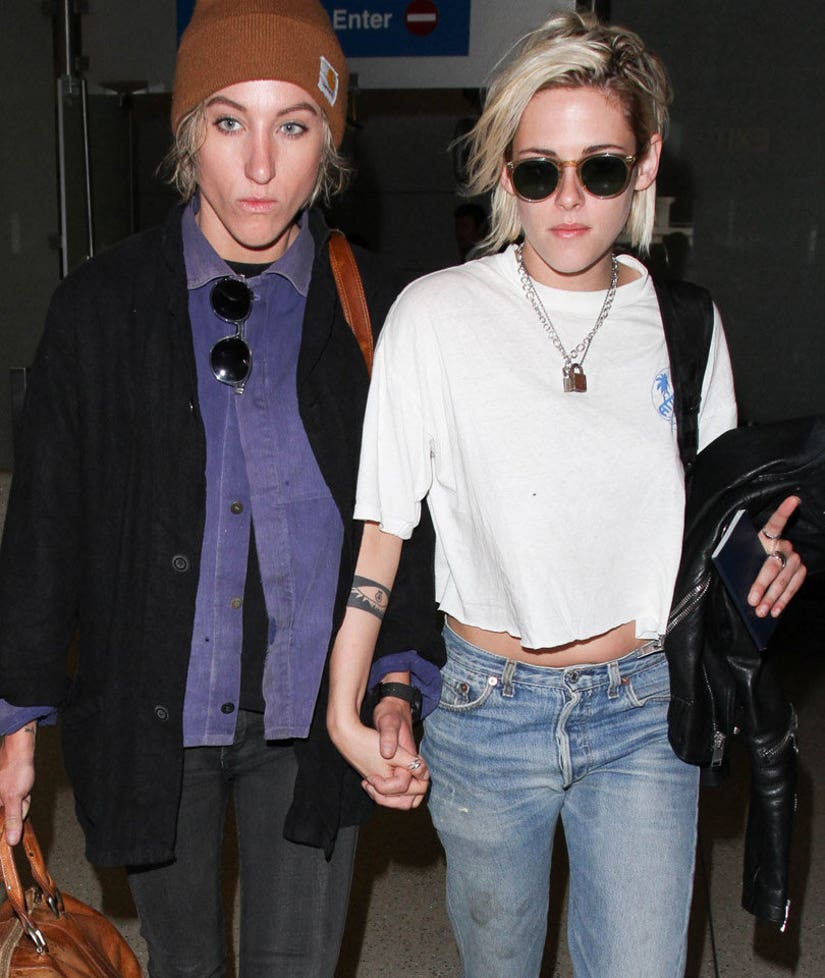 Kristen Stewart is finally getting candid about her relationship with Alicia Cargile.

In a new interview with Elle UK, the actress opens up about dating the film producer and compares it to dating men in the past.

"Right now I'm just really in love with my girlfriend," Stewart tells the magazine. "We've broken up a couple of times and gotten back together, and this time I was like, 'Finally, I can feel again.'"

When asked what's different about dating women, Stewart says it's made her want to be more open about her relationships.

"When I was dating a guy I was hiding everything that I did because everything personal felt like it was immediately trivialized, so I didn't like it," she explains. "We were turned into these characters and placed into this ridiculous comic book, and I was like, 'That's mine. You're making my relationship something that it's not.' I didn't like that."

Sure sounds like she's talking about her tabloid-fodder pairing with "Twilight" star Robert Pattinson, right?

"But then it changed when I started dating a girl," she continues. "I was like, 'Actually, to hide this provides the implication that I'm not down with it or I'm ashamed of it,' so I had to alter how I approached being in public. It opened my life up and I'm so much happier."

She also shares her positive outlook on life.

"I obviously hope everything going on right now will work out, but I am confident that life is good and I'll be OK whatever happens," she adds. "So in moments when that is cloudy and I feel saturated and unable to engage in how good life can be, however consuming those feelings are, they are so momentary ... I'm think pretty good at being happy."