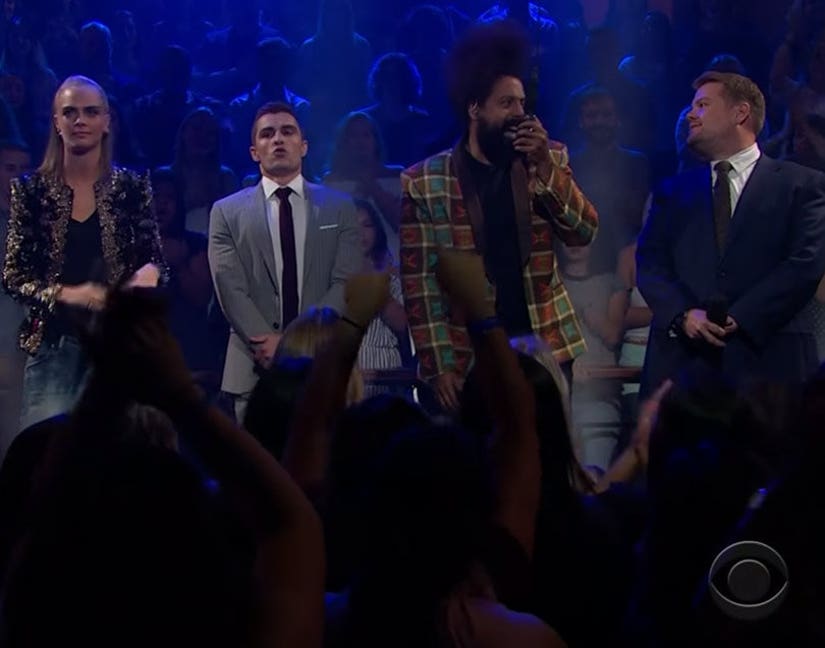 These rap battles keep getting more and more brutal!

Cara Delevingne and Dave Franco are the latest celebs to enter James Corden's "Drop the Mic" ring, and no one held back when it came to hurling insults at each other.

The late-night host started things off, hitting both Franco ("Don't worry, there's still time, you'll be discovered / But I'm pretty sure we actually meant to book your brother") and Delevingne ("It's Cara Delevingne from 'Paper Towns' / I wish someone dropped a match and burned that movie down").

But when the actress stepped up to the plate, she proved she was a fierce competitor too. "I've never heard a better reason for me to act / I see them now, the headlines about me / Cara Delevingne, the woman who saved late-night TV," she said to Corden.

She didn't stop there, though, as she also criticized Dave's career. Cara used his movie, "Now You See Me," to mock his low profile, rapping, "Now you see me / No, sorry I don't."

Franco went after James next, poking fun at his late time slot. "James, your show ends at 1:30 every week / So hello to the pets whose owners fell asleep."

As for Cara, Franco joked that she tries "to hide an accent thicker than [her] eyebrows."

Check out the clip to see the trio trade blows -- and find out who came out on top!

Want more rap battles? Check out the links below.