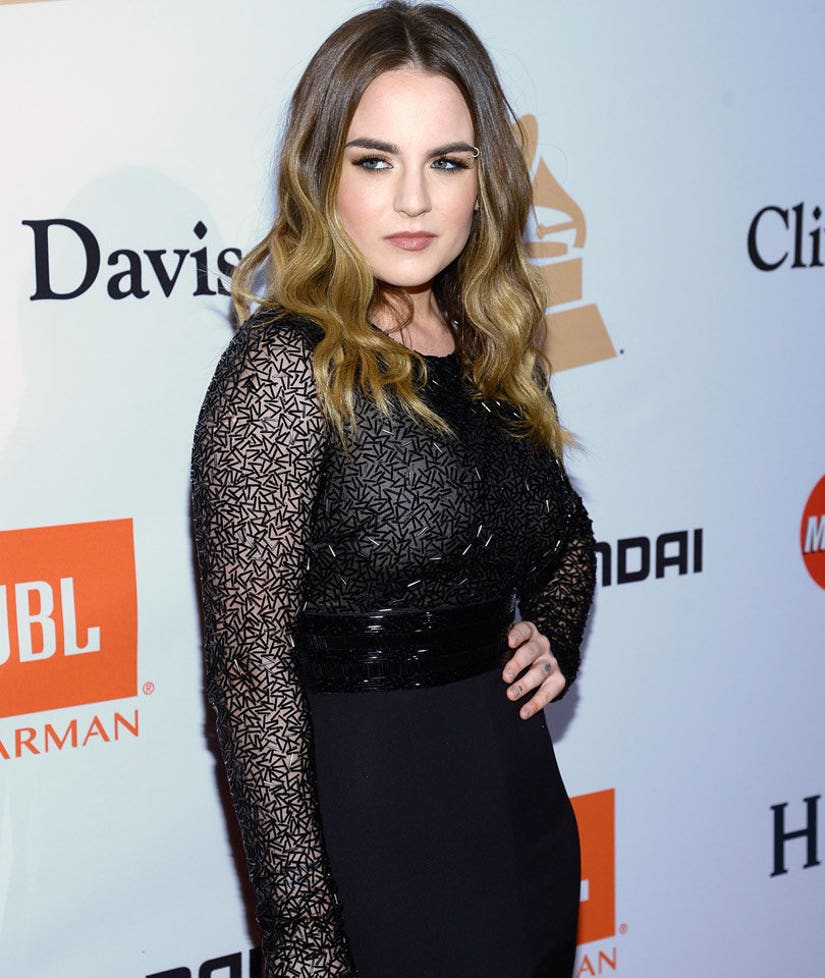 Being in the public eye can come with a lot of pressure.

JoJo -- who rose to fame with hit singles like "Leave (Get Out)" back in the day -- gets candid about some of the pressures she felt in the music industry, pressures which inevitably caused her to take a break from the spotlight.

"Here's something that I agreed to do that ended up messing with me psychologically," she tells Popsugar Beauty in a new interview. "I was under a lot of pressure with a company I was at previously and they wanted me to lose weight fast. So they got me with a nutritionist and had me, like, on all these supplements, and I was injecting myself — this is a common thing 'the girls' do all the way — it makes your body only need certain calories, so I ate 500 calories a day. It was the most unhealthy thing I've ever done."

Though she initially dropped the weight, like many yo-yo dieters, JoJo eventually put back on the pounds.

"I felt like, 'If I don't do this, my album won't come out.' Which it didn't! So it's not like it even worked!" the 25-year-old pop star adds, referencing issues she had with her label at the time which prevented her from releasing the record.

Now an adult, the "Too Little Too Late" songstress says she's learned to think for herself and not to "follow" other people's opinions about how she should live her life.

"I listen to other people's opinions. Listening and following are different things," she reveals. "I think listening and showing respect to people you respect . . . it works for me. What you think about yourself and the decisions you make is what's most important."

What do you think about JoJo's weight loss confession? Sound off below and check out the gallery above to see more stars who've battled weight criticism!