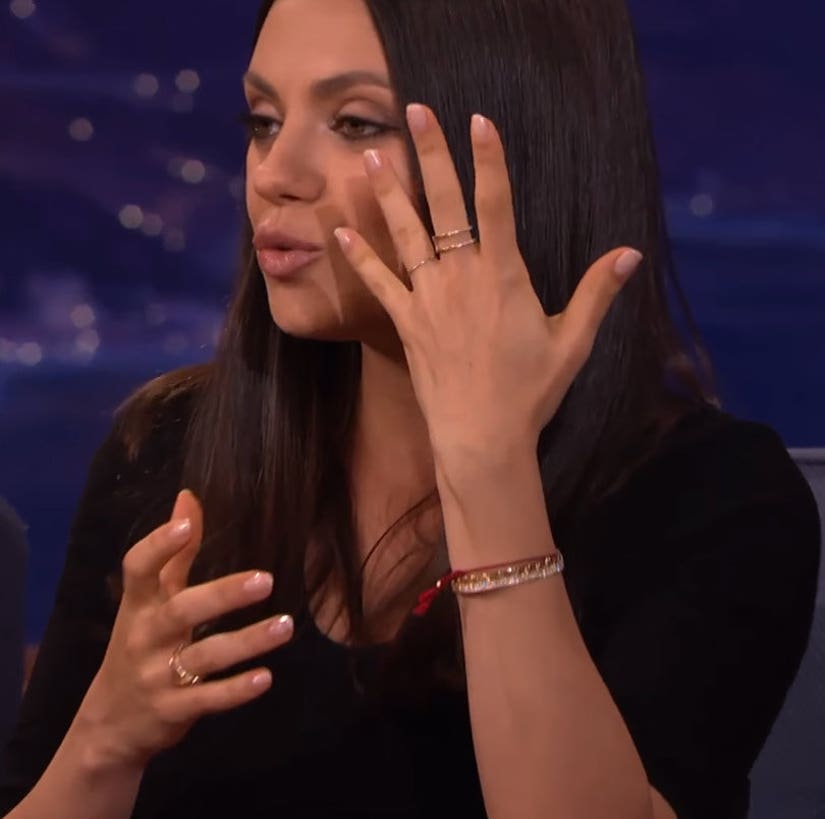 Mila Kunis appeared on Wednesday's "Conan," where the actress revealed that she and hubby Ashton Kutcher bought their wedding rings off of Etsy ... for less than $100!

That wasn't the "Bad Moms" original plan, though. She says she first looked for "the thinnest possible platinum band," but found them all to be a bit pricey.

O'Brien then gave Kunis a hilarious backwards compliment, telling the actress that he has always admired Mila's "frugal" personality.

"That's a nice way of saying cheap," Kunis said with a laugh.

"Ashton's is a hundred dollars, so technically his wedding band was a little more expensive," she jokingly added.

"Oh, he's really pimping it with his hundred dollar band," the comedian quipped.

We kind of love that Mila got their wedding rings for a bargain!

Nevertheless, it looks like the cute couple -- who started dating in 2012 -- is doing just fine! They already share daughter Wyatt Isabelle Kutcher and have a second child on the way.

What do you think about the "Black Swan" star's candid comments? Sound off below and check out the gallery above to see more celebrity wedding and engagement bling!