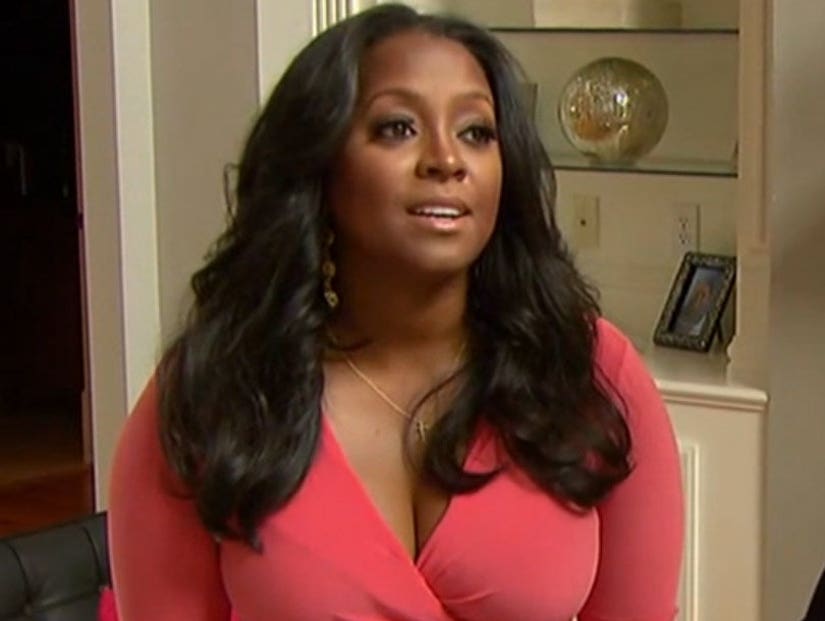 A pregnant Keshia Knight Pulliam is speaking out against husband Ed Hartwell's allegations that she was unfaithful.

Former NFL player Hartwell filed for divorce from the former "Cosby Show" star earlier this week and asked for a paternity test. Pulliam, who wed Hartwell a short six months ago and announced her pregnancy last week, reveals she was blindsided by Hartwell's requests in an interview with "Entertainment Tonight."

"He left like it was any other day, said goodbye, I was still asleep in bed," the mother-to-be said. "He texted me saying, 'Hey, can I talk to you for a moment?' He was like: 'You know, this isn't working.' All I heard was, 'I filed for divorce this morning and I'm coming to get my stuff.'"

That's right, Hartwell ended his marriage over the phone.

But Pulliam claims it was Hartwell, not her, who was unfaithful during their marriage. "I have never cheated on him during my marriage," said Pulliam. "That's not who I am."

And she reveals she was the first to consider ending the marriage. "Early on in my marriage when I was faced with this, I was ready to leave," the 37-year-old said about her husband's alleged infidelity. "I had divorce papers ready. I presented them to him. He begged. He said, 'Please, I want my family.' He said all the right things. Once I was pregnant I decided to give him another chance."

But now it seems her desire to make things work with Hartwell, 38, has disappeared.