Hot off the heels of winning Wimbledon, the 34-year-old took some time to share her thoughts on everything from her love life to her sense of style.

When asked about the most romantic thing a guy has ever done for her, we wondered if the tennis pro might mention Drake, whom she's been romantically linked to in the past.

Instead, she simply said, "It hasn't happened yet."

So much for Drizzy!

Williams did, however, appear to pay the "Controlla" singer a pretty solid compliment when citing "Aubrey" as the funniest person she knows. (Drake's full name is Aubrey Graham for those of you who didn't know.) 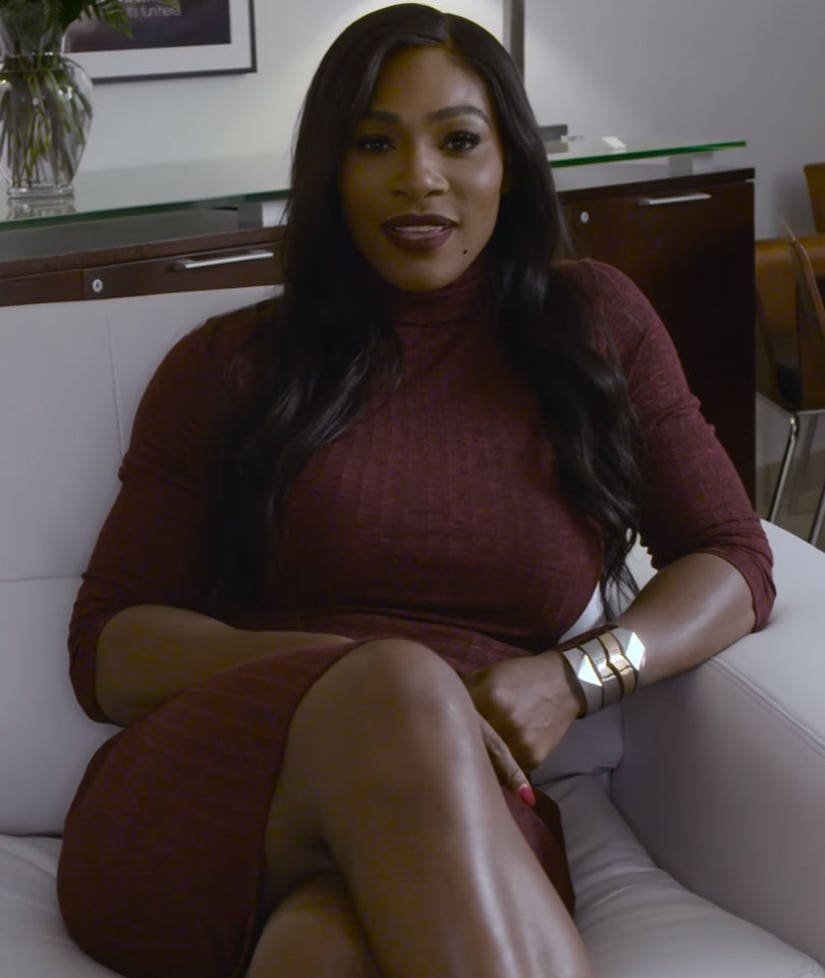 And considering she was quick to name "Work" by Rihanna, who is rumored to be Drake's current flame, as the song that always makes her want to dance (while doing a cute shoulder shimmy for the camera and singing the song's hook, we might add), we doubt the athlete has any hard feelings when it comes to her ex.

In fact, it doesn't seem like there's much that makes Williams feel insecure. When asked to describe her style in one word, she quickly says "confident" without skipping a beat and reveals that the best fashion tip she ever received was, "Be you and be confident."

Pretty useful advice for anyone who is interested in Wiliams' clothing line, which is slated to debut in Sept. 2016.