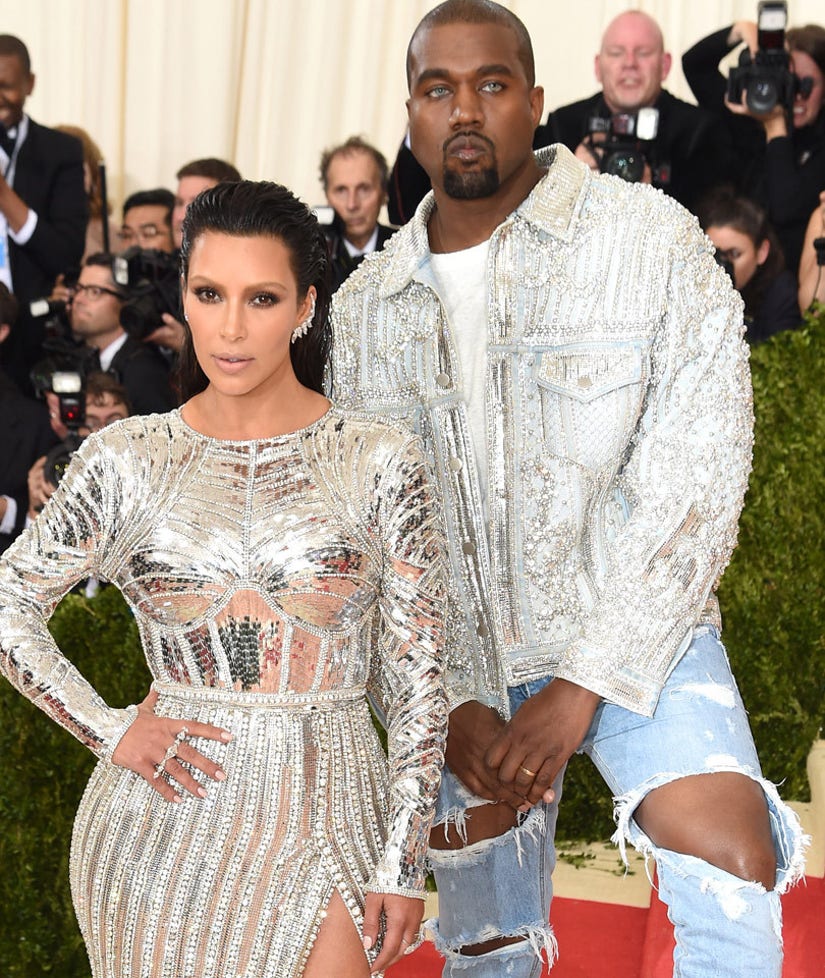 These outfits are back!

Kanye West and Kim Kardashian dust off their 2016 Met Gala outfits in the rapper's new music video for "Wolves," which sees them and a bevy of models all decked out in Balmain threads for an artistic, black and white clip.

The video is a mix of actual footage shot on fashion's biggest night -- including some never before seen glimpses into one of the surely-amazing after-parties -- as well as scenes shot on a soundstage. Cindy Crawford, Kylie Jenner, Joan Smalls, Jourdan Dunn, Alessandra Ambrosio and more all make cameos.

WARNING: Explicit language in the video below!

This clip is more than just promo for Kanye though, as it doubles as a new ad campaign for Olivier Rousteing's Fall 2016 line.

"This is definitely one of the most incredible campaigns I've ever done," Rousteing tells Vogue. "When I saw Kanye singing, Kim moving, the models walking and crying, the tears on Kanye, the tears on Kim. I was just like, 'Wow.'"

"I called Kanye and I said I would love to create a campaign around your music, your lyrics, and your aesthetic," Rousteing adds of the collaboration. "I think that's what is interesting: It is a campaign based on music. That was really important for me." 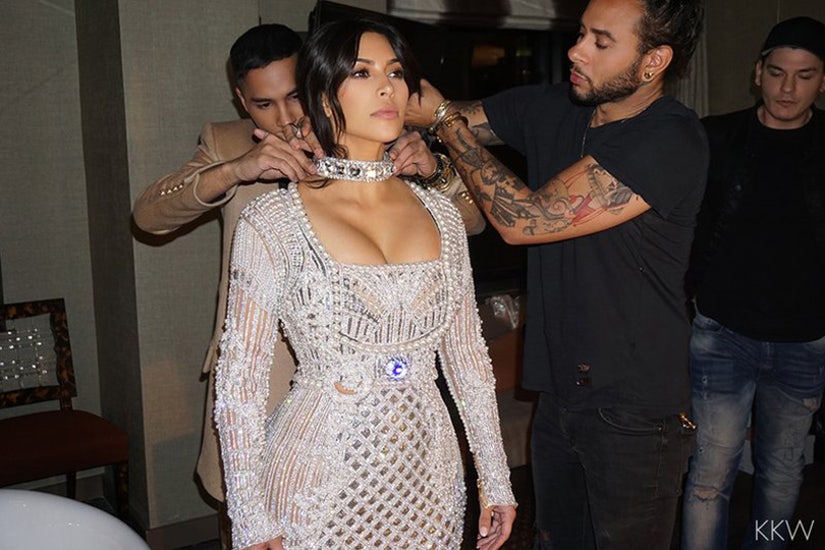 Want more Balmain madness? Kim also took to her app today to reveal which dress she almost wore to the Met Gala instead.

"The process of getting ready for an event like this is intense; it really takes a village," she writes. "At this time, my post-pregnancy weight was still fluctuating and I was not at my goal yet, but I was trying so hard. Olivier and his entire Balmain team brought tons of options for me to try."

"We literally cut skirts in half, created tops from dresses, and stayed up until 4 a.m. to get the perfect option that we felt fit the theme," she adds. "The good news is, I still have all the other pieces, so I can wear them for future events. What a dream come true!!!"

What do you think of this family's continued support of the Balmain brand? Sound off below!