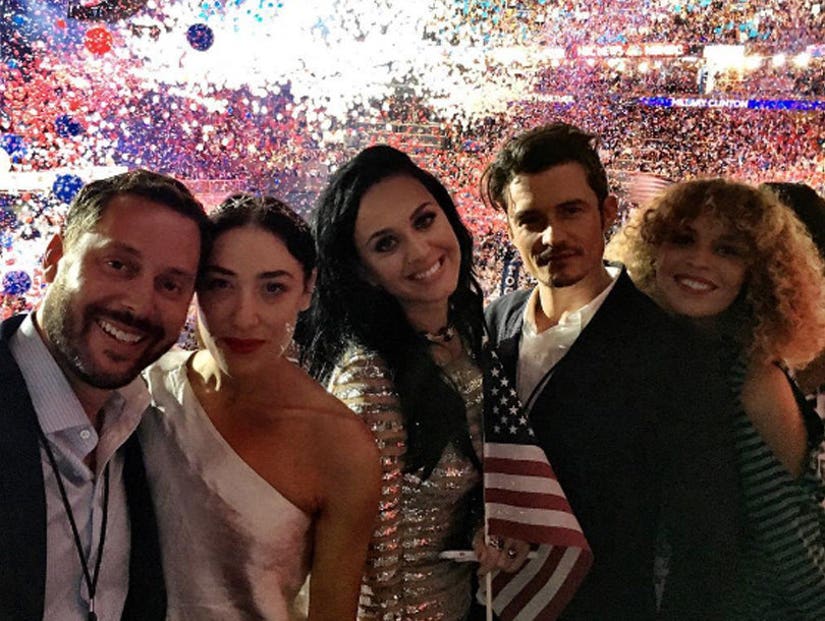 Katy Perry had a memorable night on Thursday at the Democratic National Convention in Philadelphia, where she took to the stage for a live performance and to give a speech in honor of Democratic nominee Hillary Clinton.

Perry wasn't alone, either! The "Roar" singer was joined by Orlando Bloom, who was by her side for the big night. The pair even posed for a group photo with Perry's pal Mia Moretti.

"Four prom dates are better than one," Moretti captioned the cute candid. "Blessed to have friends that use their hearts & their voices to fight for a fair healthy balanced world, because it is SO SO important! I hope you join #dealmein #imwithher." 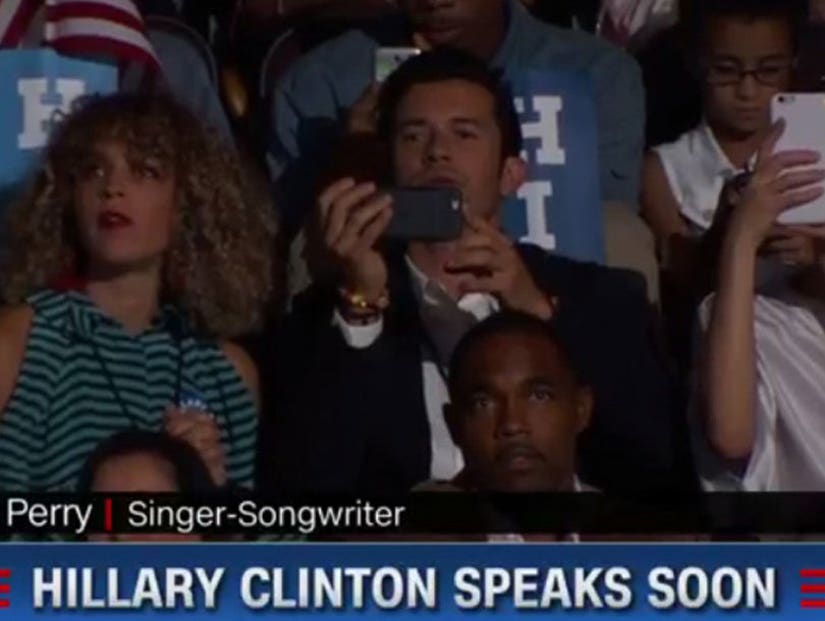 Bloom was likewise spotted in the crowd filming Katy's killer performance. The "Pirates of the Caribbean" star sure looks like one proud boyfriend!

Apparently, the actor even helped the pop star write some of her speech -- and Katy made sure to give Orlando (or "Lando" as she adorably calls him) some well-deserved credit.

Sophia Rossi quoted Perry's speech on Twitter, writing, "'It's not where you come from but what you grow into' @katyperry #DNCinPHL."

To which the "Teenage Dream" singer replied, "@sofifii Lando put that one in," with a heart emoji.

It was definitely a night we're sure the 31-year-old singer will never forget!

What do you think of Katy and Orlando's public appearance? Sound off below and check out the gallery above to see more hot Hollywood couples!