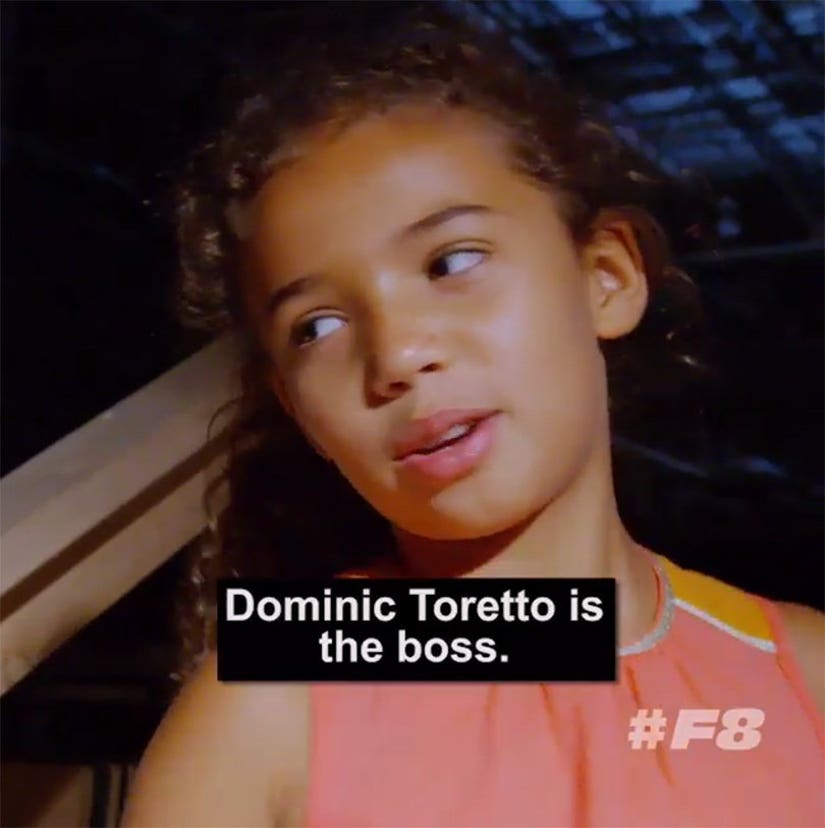 The "Fast and Furious" films are all about family ... both in front of and behind the scenes!

Vin Diesel celebrated an unofficial Bring Your Daughter to Work Day while shooting the upcoming 8th film in the high-octane series, when he brought adorable 8-year-old Hania Riley to the set.

In a new video blog from production, we see the actor and the cute tot talking about what fans can expect from next installment, the first without series regular Paul Walker.

"On behalf of production, I'd like to ask the head of the studio a few questions," Vin says at the top of the clip, referencing his daughter as the one in control.

Suffice to say Hania only has glowing reviews for what she's seen, ending her critique by saying "Dominic Toretto is the boss." Think she's biased?