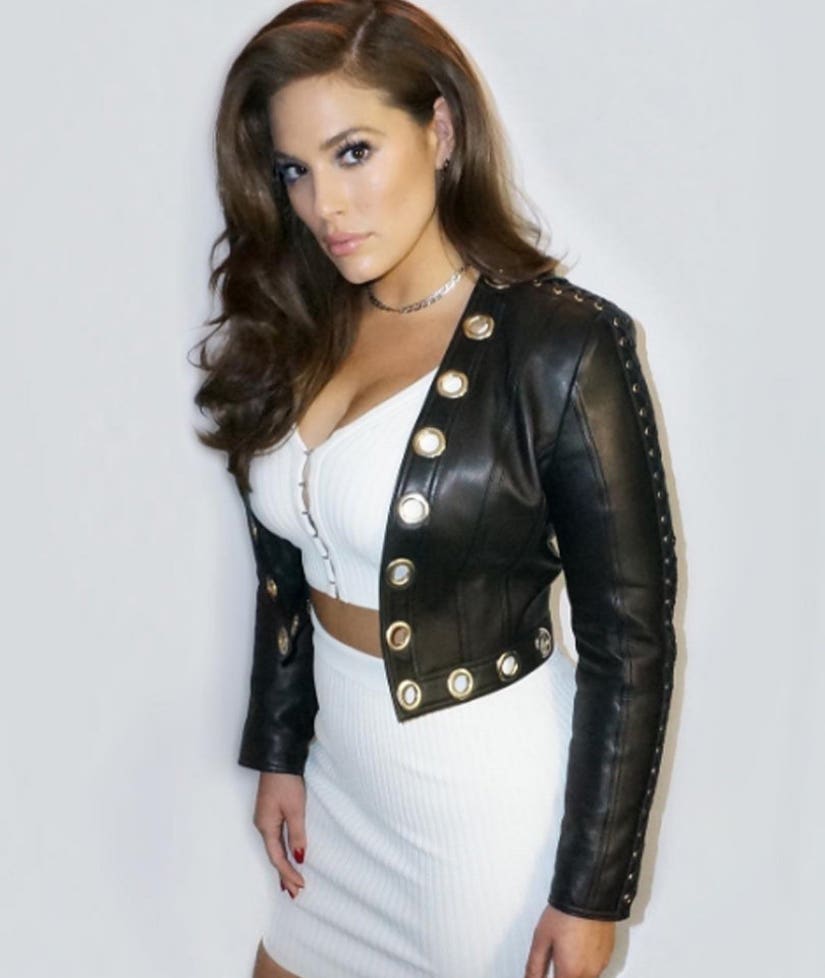 Ashley Graham has no time for the haters.

The curvy model was criticized last month, when some of her fans called her out for appearing to have lost weight in an Instagram snap (above). "What happened to embracing your size? You advertise that message then go and lose weight?? I mean hey more power to you, but idk…puzzled," a sample commenter wrote.

In a new essay for Lena Dunham's Lenny Letters, Graham explains that the pic was taken while she was filming an upcoming episode of "America's Next Top Model" and was "one of those photos where you look and say to yourself, 'YESSSS, HONEY! I look damn good!'"

"I didn't give it a second thought when I posted it, but soon the image went viral," she explains, before getting into the negative criticism she received. The Sports Illustrated stunner was taken aback by the reaction, especially considering her current weight.

"The reality is I haven't lost a pound this year," she reveals in the letter. "In fact, I'm actually heavier than I was three years ago, but I accept my body as it is today. I work out not to lose weight but to maintain my good health. And anyway, if I did want to lose weight, it would be no one's decision but my own."

She goes on to explain how she still indulges herself in some "extra-chese mac 'n' cheese" from time too time and doesn't put crazy restrictions on her diet. In short, she's happy with her body the way it is, even if others don't feel the same way.

"To some I'm too curvy. To others I'm too tall, too busty, too loud, and, now, too small — too much, but at the same time not enough," she adds. "When I post a photo from a 'good angle,' I receive criticism for looking smaller and selling out. When I post photos showing my cellulite, stretch marks, and rolls, I'm accused of promoting obesity. The cycle of body-shaming needs to end. I'm over it."

She closes the open letter by asking others to encourage other women to feel comfortable in their skin, not judge them.

"If you see another woman taking a selfie or a photo in her bathing suit, encourage her because she actually feels beautiful" she writes, "don't give her the side eye because you think she's feeling herself too hard."

See more of Ashley's hottest photos in the gallery above!