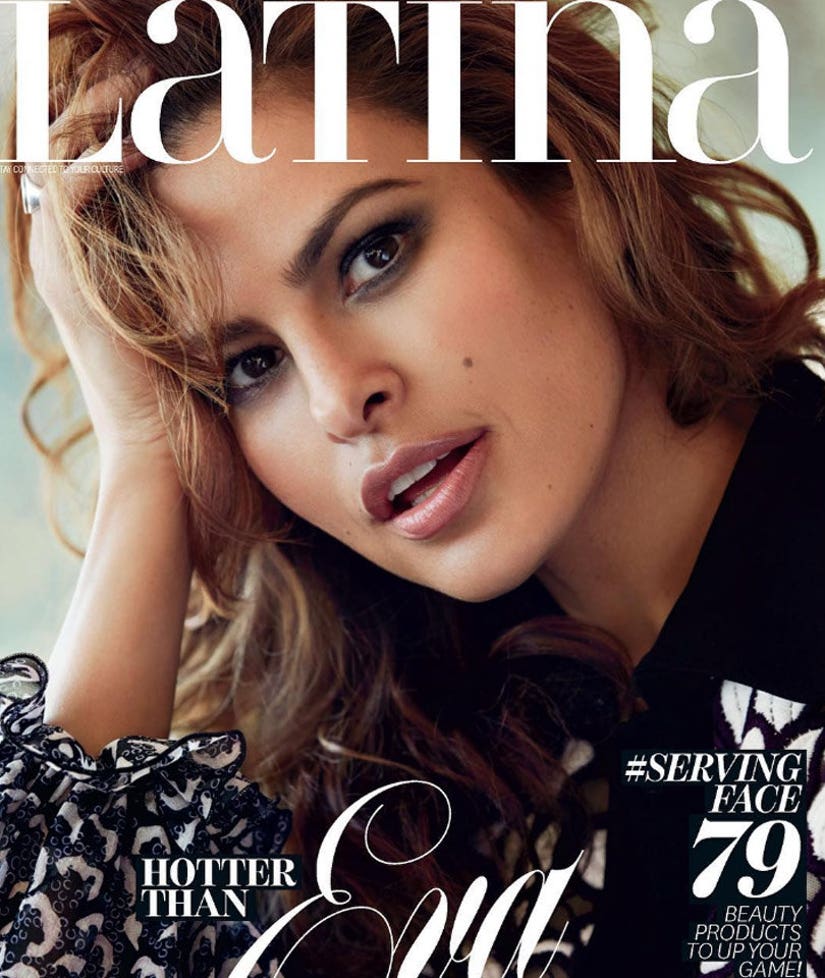 A name so nice, they used it twice!

When Eva Mendes and Ryan Gosling welcomed their second daughter together earlier this year, they reused the name of their first child.

"My grandmother's name is Amada, and Esmeralda Amada is the name of our oldest. We had a few names picked out for our new baby, and when she was born, we didn't feel like those names were her," the mother-of-two explains in the new issue of Latina. "We came up with a few more, even that morning, and tried them out. We were like, 'What about Viviana?' But we just kept going back to Amada. In true Latin fashion, we reuse names all the time. I used to know five sisters that were all Maria del Carmen, Maria Elena, Maria Liliana..."

From the sound of it, Mendes had to talk her baby daddy into it, but in the end, Amada was the only choice.

"I actually told Ryan, 'This is common in Latin culture, so it wouldn't be crazy,'" she reveals. "It was an emotional time with the passing of my brother. We thought how beautiful to go with what made us emotional and with what felt like her. When we looked at her, we thought, 'Aww, Amadita.'"

Eva's brother, Carlos, passed away after a battle with cancer in April. He was 53.

"Losing my brother brought our family closer, and we were already close to begin with," she says of his death. "So to just see everybody be there for one another and show up, I feel so lucky to have them. And then they were there for me when Amada was born. We had a funeral service for him and that same week I had the baby. So it was really, really intense and obviously beyond heartbreaking, but also kind of beautiful."

Now, the 42-year-old is just focused on being a mama. She tells the mag the couple plan to raise their two daughters to be bilingual, with both Eva and her mother speaking to the girls in Spanish.

She's also in no rush to get back in front of a camera.

"I don't like saying 'take me away,' but essentially that's what work does. I think it can be very, very healthy if it's something that feels worthwhile," she explains. "Right now I feel very fortunate to be home with my kids. I feel so lucky, and I'm just taking advantage of that."