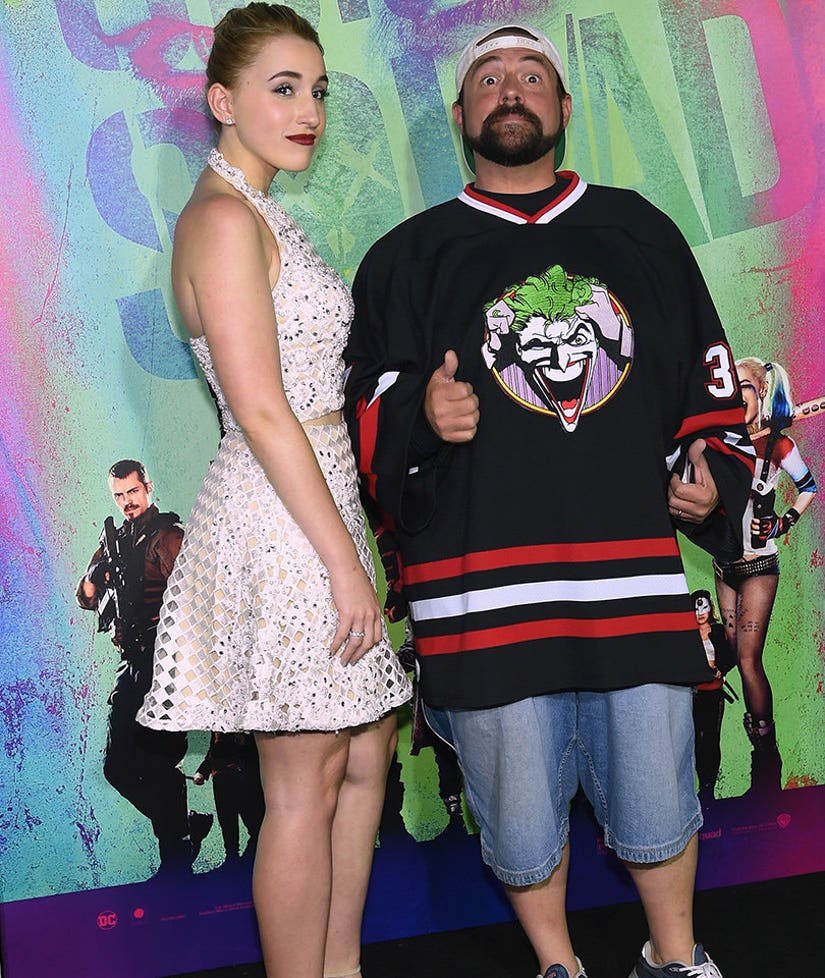 While "Suicide Squad" is taking a beating from critics, at least one person is still very excited it's hitting the the big screens this weekend: Harley Quinn Smith.

Director Kevin Smith's teenage daughter was named after the cartoon villain Margot Robbie is portraying in the flick, her first live-action feature film outing. Originally introduced as the Joker's jester-costumed girlfriend on the animated series back in the '90s, the character quickly became a fan favorite, later appearing in both the comics and video games.

Though her moniker was definitely considered out there when Kevin gave it to his daughter back in 1999, she's fully embraced it -- and it so ready for Harley break through to the masses. 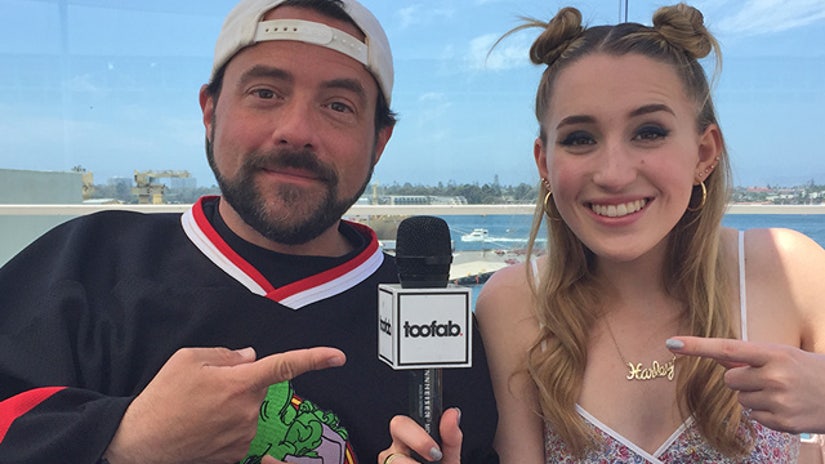 "That might be the firstiest first world problem," her dad jokes.

"I think my name is so cool and I've had it for a while now," she continues, "but no one's really realized the extent of how cool it is until now."

Kevin says his mother was hoping for a normal name like "Beth or Jill," but that just wasn't his or his wife Jennifer's style.

"We looked better once other people started naming their kids," he adds. "Like once Gwyneth Paltrow named her kid Apple, we didn't look so crazy."

We caught up with the father-daughter duo at Comic-Con last month, where they were promoting their new movie together, "Yoga Hosers." The film, co-starring Harley and Lily-Rose Depp, follows a pair of teenage convenience store employees as they battle an army of Bratzis, miniature Nazis made from bratwurst. Yes, really.

"I wonder what goes on in his head," Harley says of her dad. "It's really awesome, because there's so much of the same being made. It's so awesome to see something incredibly different from anything else that's being put out."

For Kevin, he just wanted to make something he calls a cross between "Clueless" and "Gremlins," starring genuine teenagers. "They were so natural," he says of watching Harley and Lily-Rose on screen. "These kids had never acted before, but they were acting like 15-year-old girls. Of course they would, they were 15-year-old girls!

While she's all about it now, acting wasn't always in the cards for Kevin's daughter. In fact, her plan was to be in a band, playing bass. "I was dead set on being in a world famous rock band of some sort," she tells us. But, now that she's fallen into the family business, she doesn't want out.

When asked whether college was in the cards, we seemed to hit a nerve.

"Her f---ing driver's license isn't even in the cards, so I doubt college is gonna happen," jokes Kevin.

She admits that higher education is "in the air" once she graduates high school, and right now, she's focused on doing as many auditions as possible.

"She could just wait around for me to do stuff, but I think she wants more in life is to be cast in something that's not a Kevin Smith thing," the director adds. "Whenever I say, 'Oh my lord, you're great,' she hears it coming from her father. She needs to be picked by somebody who's not her dad. That is the very definition of a first world problem right there!"