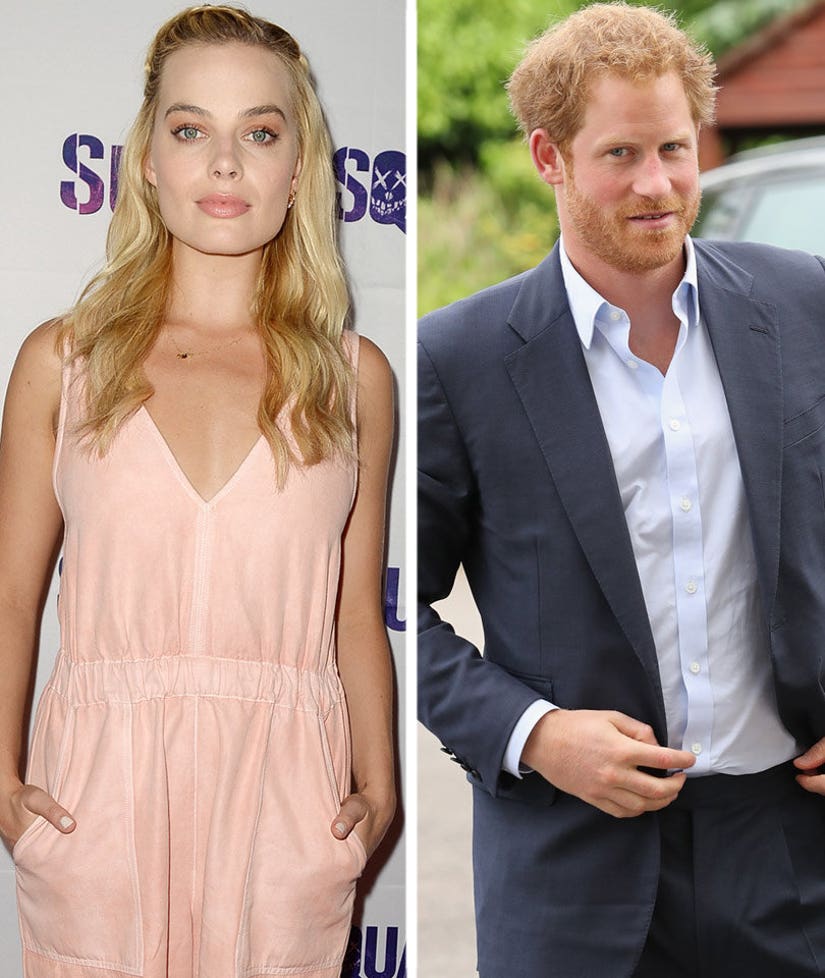 While we're all pretty addicted to our cell phones, Margot Robbie has a better reason to remain glued to her device than the rest of us commoners!

That's because the 26-year-old regularly texts with Prince Harry.

But just how did the blonde beauty get the royal's phone number? She admits she has "Suicide Squad" costar Cara Delevingne to thank for the desirable digits.

"Well, he's friends with Cara," she revealed in an interview with E! News. "They've know each other for years, and we met through friends."

So what exactly do the pair exchange text messages about? Does Prince Harry use emojis? Does his autocorrect always misinterpret his typing to read "ducking," too? We have so many questions!

Robbie remains pretty tight-lipped about the actual content of the texts, but she does reveal some interesting tidbits about Prince Harry's texting behavior.

"He's pretty quick on text actually," she said during an Extra interview. "Unlike me — I write back four days later, weeks later sometimes," she confessed.

We're surprised her delayed replies haven't turned the prince off ... but he's forgiven her for far worse in the past.

Back in March, Robbie revealed on "The Tonight Show" that she didn't recognize the royal the first time she met him at a house-warming party for Suki Waterhouse. In fact, she mistook the famous Brit for singer Ed Sheeran!

Talk about a royal screw up!

"He got really offended," she said. "He wasn't wearing a crown though! Like, I don't know it's a prince!"

Oops! Maybe next time she should reference that smart phone before thinking out loud!