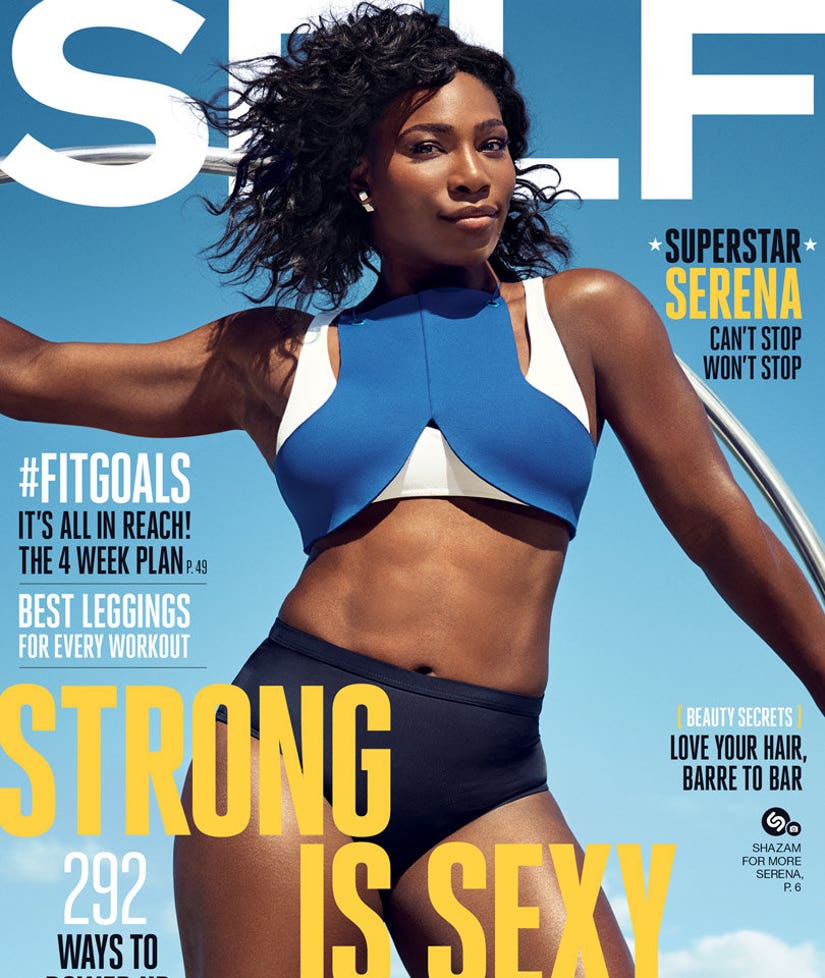 Serena Williams won't let body shamers get the best of her!

The tennis pro covers the September issue of Self magazine, where she opens up about dealing with negative criticism of her looks, paving the way for younger African Americans and her career goals.

Though the 34-year-old looks incredible, she still has to deal with her fair share of haters.

"I love my body, and I would never change anything about it," she says of dealing with criticism. "I'm not asking you to like my body. I'm just asking you to let me be me. Because I'm going to influence a girl who does look like me, and I want her to feel good about herself."

Williams also hopes to be a role model for young African Americans.

"I can't say I am the pioneer because it was Althea Gibson, it was Zina Garrison, it was Arthur Ashe, it was so many people before me. [But] I appreciate being in a position where I was chosen to be a role model," she explains. "Obviously, being black in tennis wasn't easy, even in the '90s."

Serena also says her competitive drive isn't going anywhere. "This is my blood," she says of her professional tennis career. "I live for this and have for the last 32 years. When I step out on the court, you're going to get all of me. It's always been, like, bring it on -- and more."

What do you think of the athlete's candid comments? Sound off below and check out the gallery above to see more sexy stars!

Make sure to check out Serena's full interview with Self, when the September issue hits newsstands August 9th!