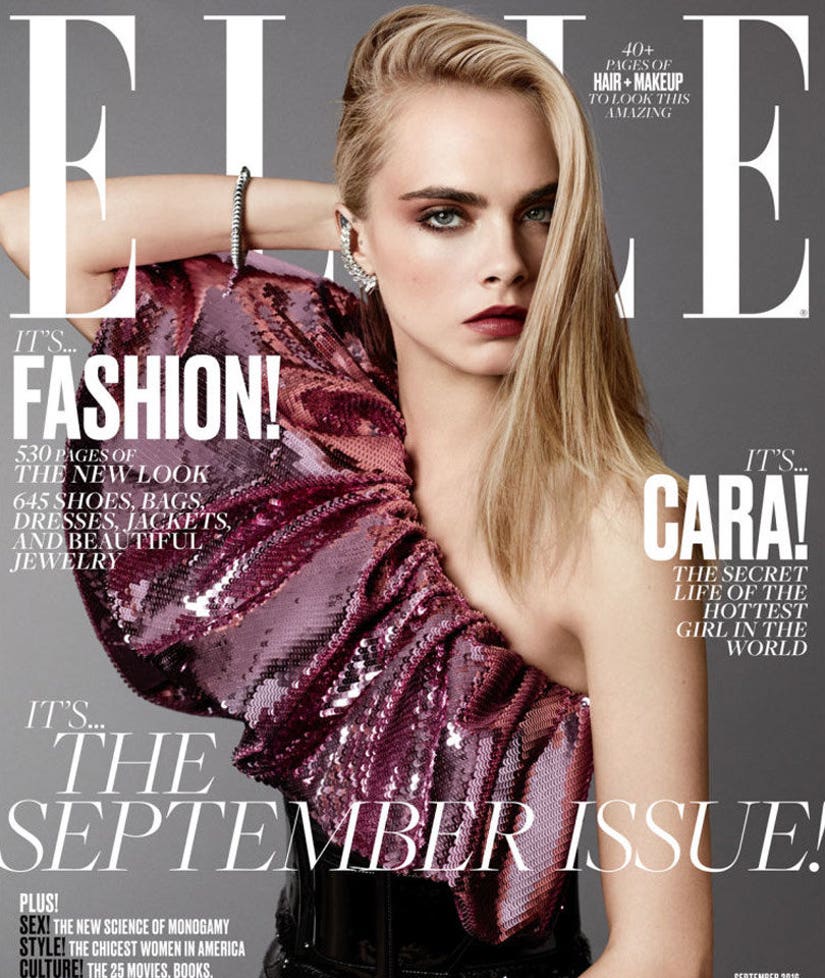 Cara Delevingne's come a long ways since her teenage days.

The "Suicide Squad" star covers the September issue of Elle magazine, where she opens up about her younger years and ongoing struggle struggle with mental illness.

Though the actress looks picture perfect on the cover, Cara has had no problem talking about her own issues in a very public way.

In April, the model tweeted, "I suffer from depression and was a model during a particularly rough patch of self hatred."

And in her new interview with Elle, the blonde beauty reveals why she decided to go public with her depression.

"I couldn't just sit there and listen to these girls, and boys, too, but usually girls, say this stuff, about bullying, about their sexuality, depression, and guilt and suicidal thoughts and just all of it, without being like, 'I have been through that, and it's going to be okay,'" she tells the mag.

"If I can help a teenager go through a better time than they should be, then I am going to f--king do that," she adds. "I mean, f--king being a teenager suuuccccks. And I somehow came through the other end."

Now 23-years-old, Delevingne has learned to manage her depression with yoga. "For me, yoga's the only way I can really feel things and check how I am," she says. "Because there is always pain somewhere, even if it's completely irrational pain, and it's always good to find it and get it out."

"If I don't cry pretty much every day I will hold it in, and it will manifest in me in things that are destructive, like my skin," she reveals.

That doesn't mean Cara enjoys crying in front of other people though ... which was something she definitely had to overcome for her acting career.

"I don't think I have ever, ever cried in front of more than one person ever, ever," she confesses. "Because I grew up in this very 'Emotion is weak, head up, move on, onward and upward' kind of way. Which is not healthy."

"Will Smith [her 'Suicide Squad' costar] was telling me he brought up his kids to put their emotions first, and when I heard that, I was just like, 'Oh my God, that sounds like a fairy tale.' Because emotions should be put first. It's the most important thing," she continues.

What do you think about the actress' candid comments? Sound off below and check out the gallery above to see more stunning stars.