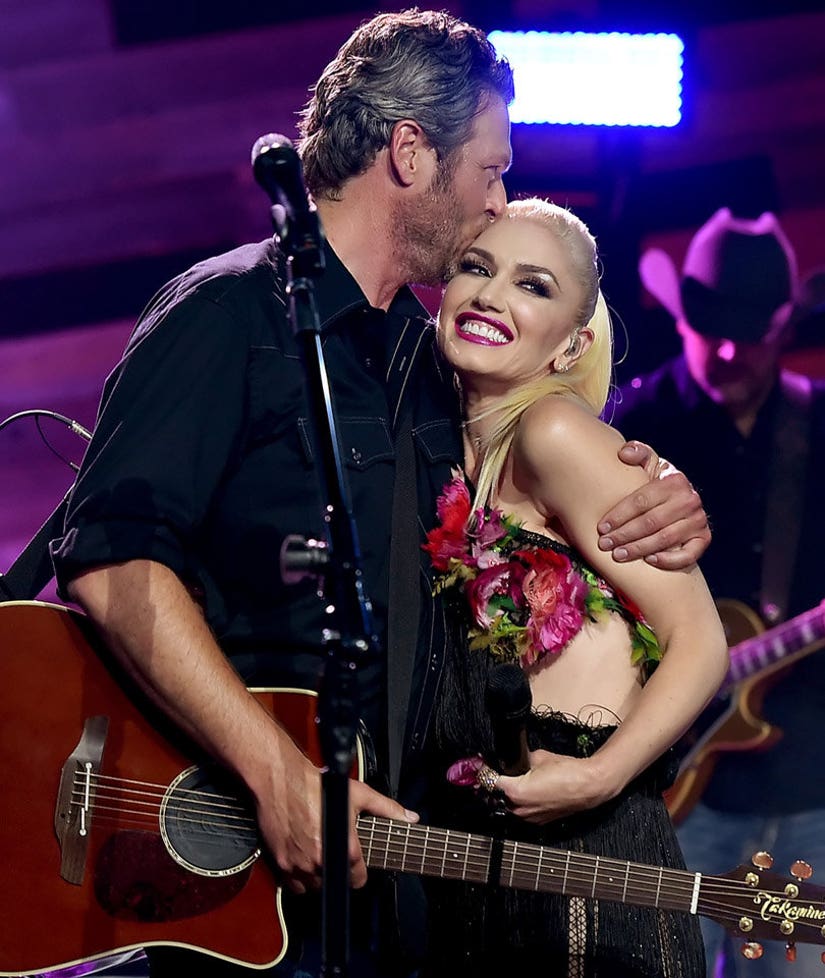 Are Gwen Stefani and Blake Shelton getting ready to walk down the aisle? Sources close to the couple seem to think so!

"They are not engaged yet," a source close to the No Doubt frontwoman told People. "Everyone is expecting it to happen at some point, though."

Yep, according to Stefani's pal, an engagement is on the horizon and it's not a matter of if but when the couple will tie the knot. The insider explains "it seems the timing [for an engagement] just hasn't been right."

Makes sense considering Stefani, 46, is currently zipping around the country for her "This is what the Truth Feels Like Tour." And though her performance schedule might currently prevent the couple from planning a dream wedding, they nevertheless make seeing one another a priority.

In fact, just last night, the two performed "Go Ahead and Break My Heart" together and ended the song with an onstage embrace—a moment that Stefani made sure to share on Instagram (below).

The potential engagement news comes as Miranda Lambert opens up about her "hard times" in her life after the divorce.

"I was off the road last summer, and a really positive thing that came out of the hard time in my life was that I grew as a songwriter -- and got to be better friends with the people that I write the songs with, just really getting that honest with each other and sitting there on a porch drinking wine," she tells Billboard. "And I did spend a lot of time being quiet and being by myself. That's part of a journey anyone has to take in their life, and sometimes we don't slow down enough to take it. I'm glad I did, because now I have stories to share."

She says that her upcoming album will be "something really honest" ... but don't expect only sad songs.

"I'm never gonna have an album that's quote-unquote a 'heartbreak album,'" she adds. "Because everybody has bad moments, and then you come out of it and you have a great moment, and then you have some somber times. I want an emotional journey, because that's what life is. Yeah, there's sad songs. But I've had sad songs on every record I've ever made."