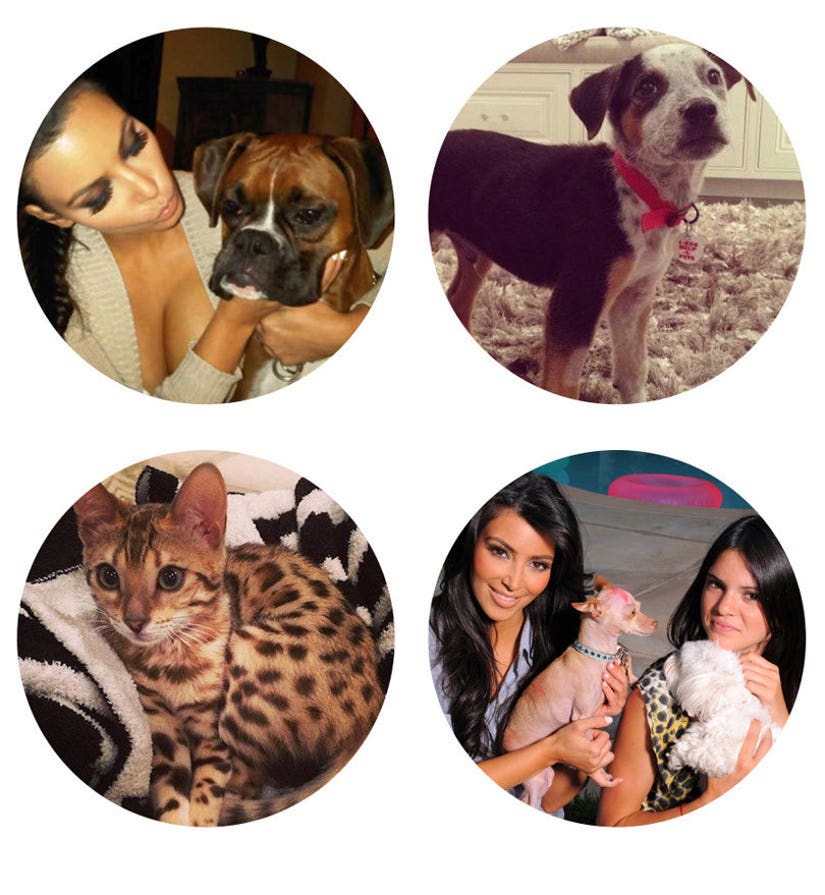 If you keep up with the Kardashians, you might have noticed all the pets they've had over the years. They would pop up every so often on the reality show, but fans would go months without seeing some of the fam's furry friends.

In a new post on her official website and app, Kim Kardashian is explaining what really happened to their animals.

"My fam has had SO many pets over the years, from dogs to rabbits and even a peacock named Peter Pan, LOL," she writes. "The funniest thing is, I'm not the biggest animal person; sure, I love cute fluffy kittens but I don't die to constantly have a pet. North, of course, is just getting to the age where she's starting to ask for a puppy, but I'm trying to keep her happy with her fish tank for now!"

"I thought it would be fun to give you guys the rundown on all our pets over the years," Mrs. West continues. "I remember almost every pet we've had, and some are still around."

The mother-of-two reveals that their pet Rocky was named "after the famous boxing character," and Kendall and Kylie Jenner rescued Australian Shepherd, Jackson, for Khloe Kardashian's birthday in 2012.

"Charli, also known as the 'Christmas Kitty,' was Kourt's cat," Kim says. "He was given to Mason for Christmas one year, hence the name (LOL), but Kourt gave him up for adoption when Reign was born!"

The family also had "the sweetest Chihuahua ever" named Dolce, but he was tragically killed by a coyote in the neighborhood.

And then there's Peter Pan, Khloe's pet peacock! "I didn't even know you could have a peacock for a pet, LOL! He still lives at her old house with its new owners," she admits. 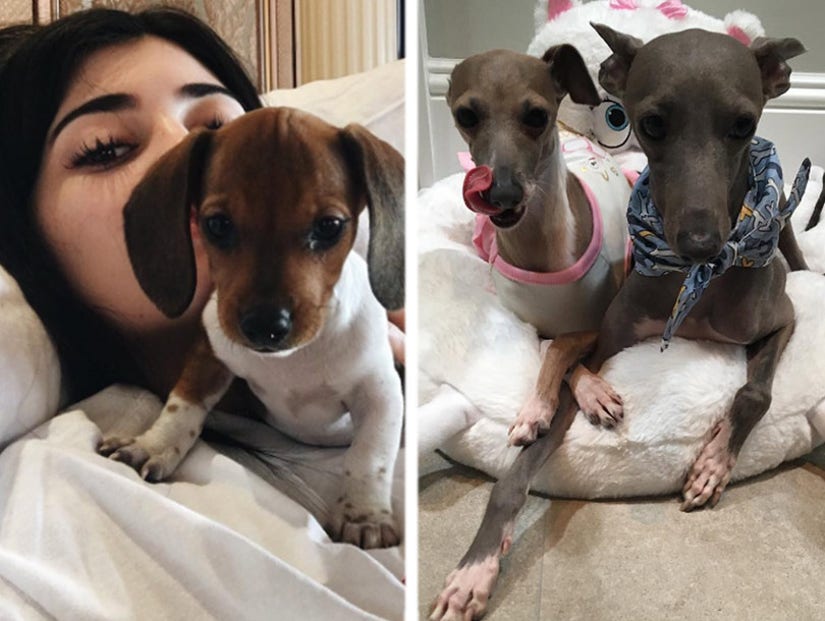 Kylie also is a big animal lover. The 18-year-old recently was gifted a puppy named Penny by her friend Jordyn Woods as an early birthday gift.

The newest addition to the Jenner household joins four dogs – Ernie, Norman, Sophie and Bambi -- and a bunny named Bruce.

Click through the gallery above to see more stars with their pets!