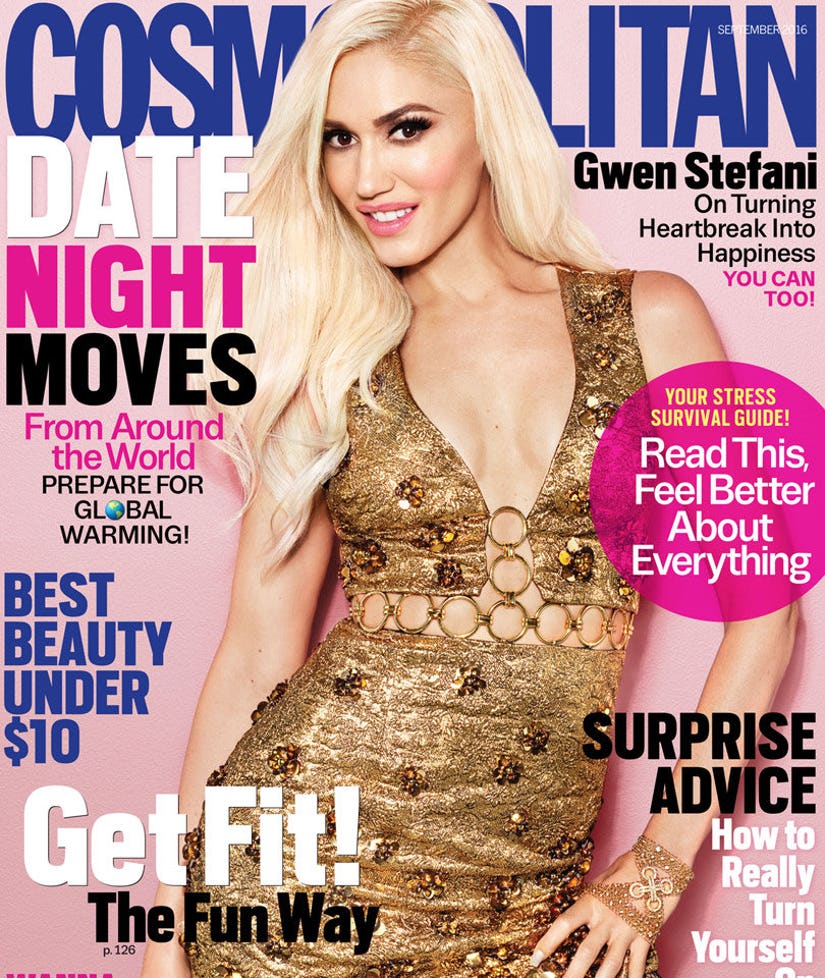 Gwen Stefani is still recovering from her divorce from ex-husband Gavin Rossdale.

The pop star covers the September issue of Cosmopolitan magazine, where she opens up (again) about her high-profile split from the Bush singer and gets candid about her relationship with Blake Shelton.

Though Gwen has never publicly said what went wrong in her marriage, there were reports that Rossdale was having an affair with their nanny. According to Stefani, only a select few know what really went down.

"Nobody except for my parents, the people involved, and whoever they told," she tells the mag of whether or not anybody knows specifics. "Nobody would believe it if I could really say what happened. I went through months and months of torture."

It also sounds like Gwen was blindsided why the entire ordeal. "All you have to do is listen to every single song I've ever written and it's all there," she says of her feelings about the divorce. "It's an ongoing theme that I've had for a long time."

Nevertheless, Stefani is in a committed relationship with her NBC "The Voice" costar Blake -- who likewise split from his ex-wife Miranda Lambert last summer.

While it looked like their romance blossomed overnight, the "Used To Love You" singer says NBC definitely had something to do with their flirty behavior on the show.

"We were laughing our heads off when we saw the blind auditions," she reveals. "I love NBC, but they for sure edited stuff to look like we were flirting. They chose to run with that story before anything was even real. I hardly knew him. But it was like it was in the air -- happening before it happened."

Now, almost a year later, Gwen and Blake are still going strong and even wrote a song together, "Go Ahead and Break My Heart" ... something she never did with Gavin.

"We were both having trust issues, as you would if you were us. It was like, 'I have so many problems. How can I now be getting into another potentially huge problem? What am I doing?'" she explains. "Blake wrote the song and sent it to me. He was like, 'Help me finish it.' I wrote a verse and sent it to him, but he was gone because he doesn't live in L.A. He didn't have Wi-Fi, so he wasn't answering me back! As soon as he came back to town, he brought his guitar over. We were like, 'We wrote a song together! This is crazy!'"

What do you think about the 46-year-old's candid comments? Sound off below and check out the gallery above to see some of Blake and Gwen's cutest photos together!