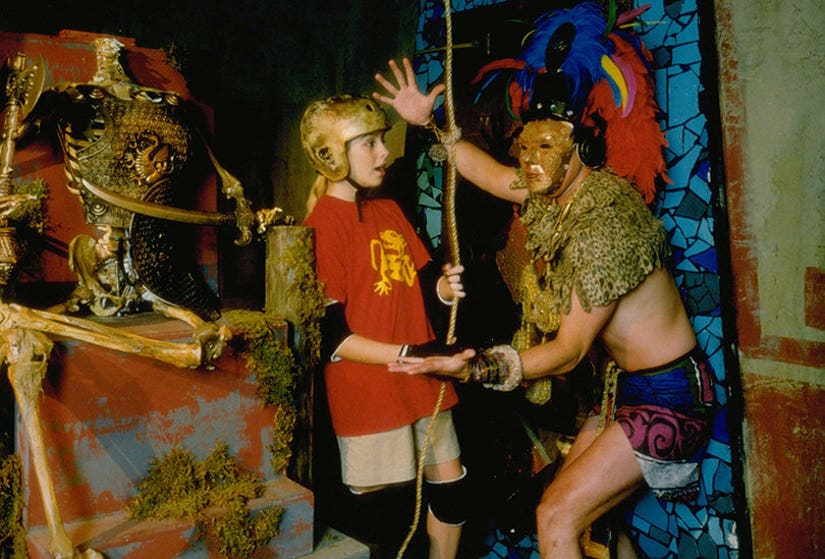 Growing up a kid of the '90s there were few things quite as scary as a Temple Guard on "Legends of the Hidden Temple."

Decked out in ornate headpieces, creepy ass masks and lurking around every corner of the game show's Temple Run, the guards were truly a thing of nightmares. These so-called protectors could pop out at any moment, grabbing a player and ending their run if they didn't have a Pendant of Life to trade.

"Nothing is scarier and I will stand by that statement until the day I die," one former contestant recently said of the Mayan warriors ... but deadly fear wasn't the original intent. 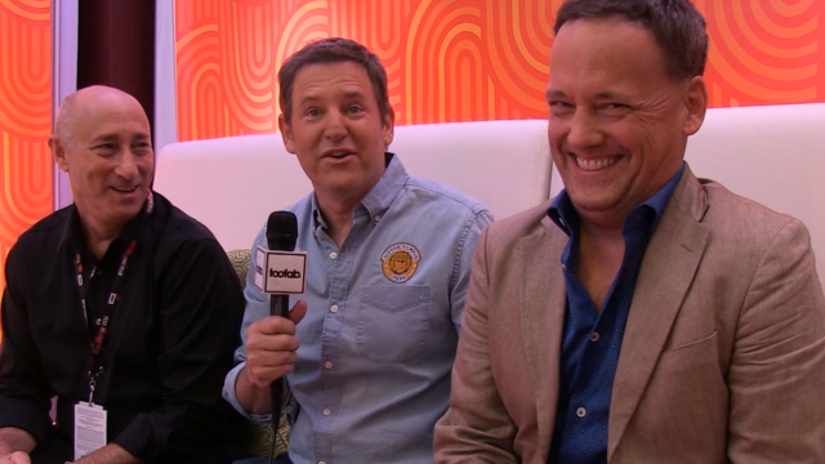 "We told them not to scare the kids," series creator Scott A. Stone tells toofab's Brian Particelli. "We told them to gently take them, but it scared the crap out of the kids no matter what."

"If they're not crying, they're not having fun," host Kirk Fogg jokes of the contestants.

"Some of the kids freaked out," adds the voice of Olmec himself, Dee Bradley Baker. "You're trying as hard as you can to put that darn monkey together and it's not working out and suddenly this guy comes out with a mask that grabs you from behind, sometimes they'd freak out, no matter how gently they were grabbed!"

Despite the less-than-favorable reaction from the contestants, Fogg tells us he used to beg for a chance to go undercover as a guard for an episode.

"There was one criteria for being a temple guard: you had to look good with your shirt off," Stone says of Fogg's wish, revealing that the burly men were actually played by his cousin and Todd Nelson, who now runs his own production company.

The trio reunited at Comic-Con last month to promote a new "Legends of the Hidden Temple" film coming to Nickelodeon later this year. Both Fogg and Baker Bradley reprise their roles for the flick, something they never saw coming.

"We thought the Temple was gone, we shut up the doors, it was closed forever," the voice of Olmec tells us.

Check out the video above to see what Fogg says about donning his costume one more time ... and whether they've ever been asked to recite popular lines from the show, in bed!

"Legends of the Hidden Temple" airs this fall on Nickelodeon.