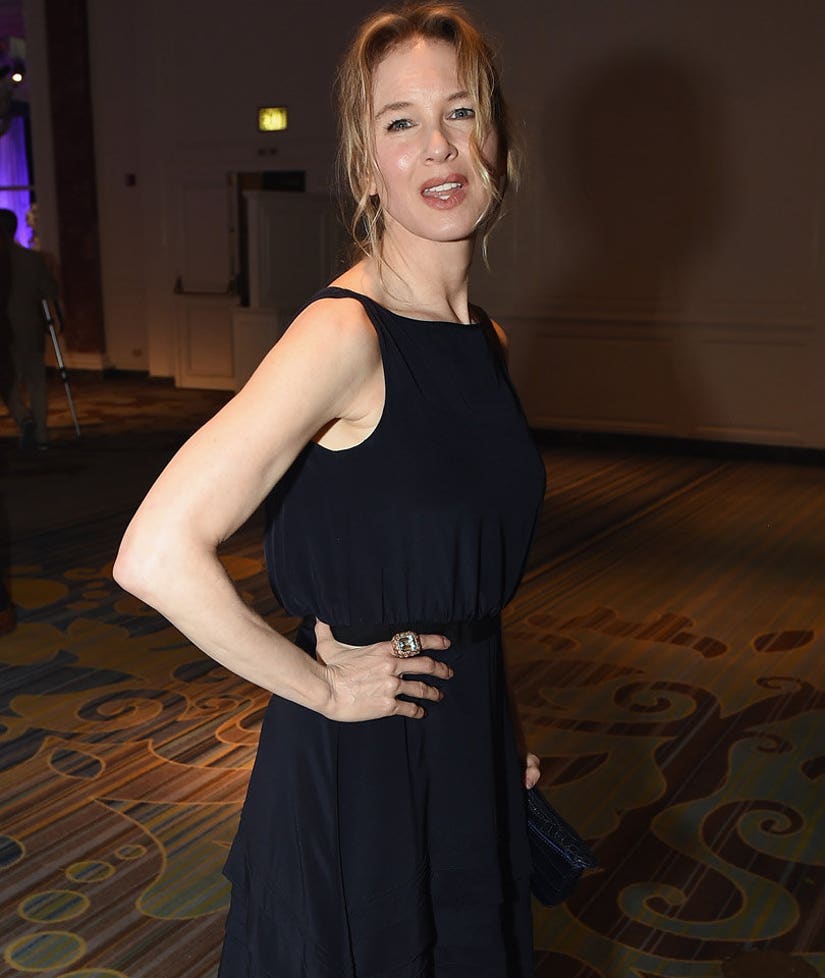 Renee Zellweger is fed up with the tabloid media's coverage of women in the public eye.

There's no doubt the Oscar winner knows a thing or two about having her physical appearance dissected by in the media; she made headlines in 2014 when countless outlets speculated she'd undergone plastic surgery, and just this morning, others analyzed her appearance at Thursday's Hollywood Foreign Press Association's Grants Banquet (above).

But Zellwegger, who has remained pretty tight-lipped about the highly publicized debate over her appearance, has decided to tackle the issue head on with an extensive op-ed piece for the Huffington Post.

Though she was originally able to brush off the rumors that she'd had work done as "one more story in the massive smut pile generated every day by the tabloid press," she had a change of heart when she realized silence can leave one "vulnerable not only to the usual ridicule, but to having the narrative of one's life hijacked by those who profiteer from invented scandal."

She went on to elaborate, revealing that she was concerned with the matter in which the rumors regarding her face came to be seen as truth by legitimate news sources.

"I'm writing because to be fair to myself, I must make some claim on the truths of my life, and because witnessing the transmutation of tabloid fodder from speculation to truth is deeply troubling. The 'eye surgery' tabloid story itself did not matter, but it became the catalyst for my inclusion in subsequent legitimate news stories about self-acceptance and women succumbing to social pressure to look and age a certain way. In my opinion, that tabloid speculations become the subject of mainstream news reporting does matter."

And, yes, the "Bridget Jones' Baby" star did address the rumors head on, saying, "Not that it's anyone's business, but I did not make a decision to alter my face and have surgery on my eyes."

But all this attention on women's physicality has ramifications for society as a whole, says Zellweger.

"Too skinny, too fat, showing age, better as a brunette, cellulite thighs, facelift scandal, going bald, fat belly or bump? Ugly shoes, ugly feet, ugly smile, ugly hands, ugly dress, ugly laugh; headline material which emphasizes the implied variables meant to determine a person's worth, and serve as parameters around a very narrow suggested margin within which every one of us must exist in order to be considered socially acceptable and professionally valuable, and to avoid painful ridicule," she wrote. "The resulting message is problematic for younger generations and impressionable minds, and undoubtedly triggers myriad subsequent issues regarding conformity, prejudice, equality, self acceptance, bullying and health."

She ends on a hopeful note, prompting her readers to have higher standards for themselves:

"Maybe we could talk more about why we seem to collectively share an appetite for witnessing people diminished and humiliated with attacks on appearance and character and how it impacts younger generations and struggles for equality, and about how legitimate news media have become vulnerable to news/entertainment ambiguity, which dangerously paves the way for worse fictions to flood the public consciousness to much greater consequence. Maybe we could talk more about our many true societal challenges and how we can do better."

What do you think of her brutally honest words? Sound off below!