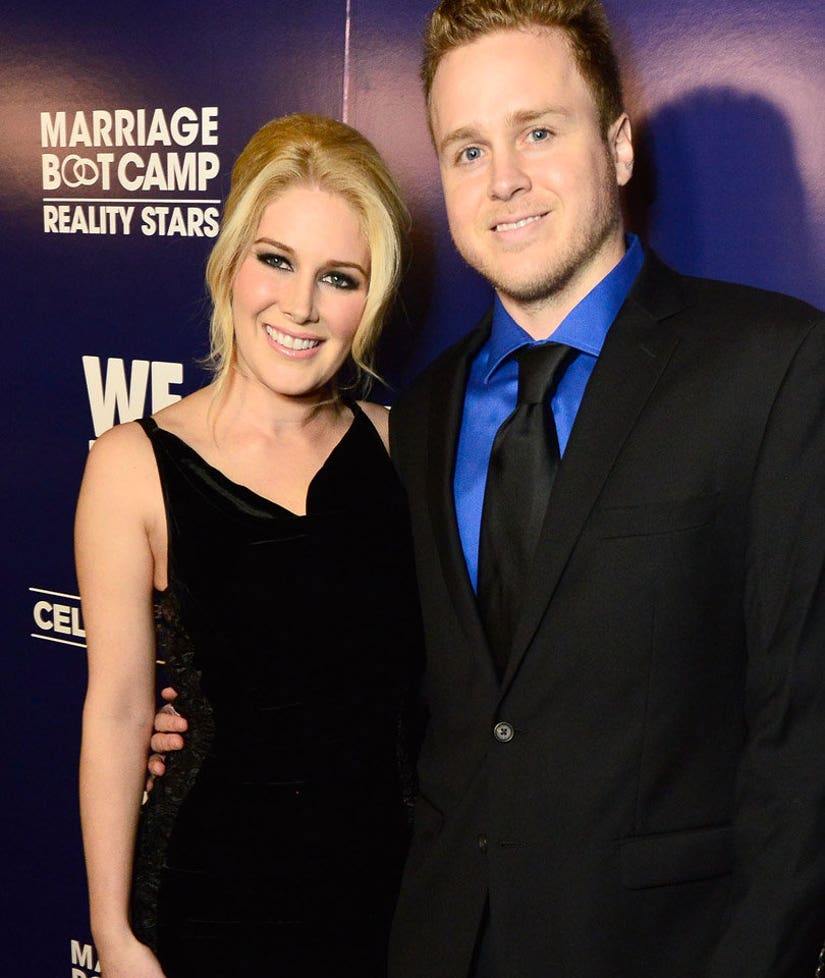 Spencer Pratt and Heidi Montag may have been excluded from MTV's recent special commemorating the 10th anniversary of "The Hills" but they haven't let that prevent them from sharing their many -- and mostly negative -- thoughts on the show and Lauren Conrad.

Speidi, along with "The Hills" stars like Audrina Patridge and Brody Jenner, weren't included in the show and, according to Pratt, Conrad is the reason for the other cast members' absence.

"She doesn't want to share any limelight with anybody else," he said in and interview with the Daily Mail. "Don't include Heidi and I. Where is Audrina? Where is Brody? These are very entertaining people, their lives are packed."

And, according to Pratt, Conrad's unwillingness to share the spotlight was also the reason for her departure from the show 10 years ago.

"That's why she quit "The Hills." Not because she burned out—she didn't want other people to shine," he elaborated. "She quit thinking they were going to cancel the show. She quit thinking she was going to get everybody off TV. That's been her style from day one. 'Oh, other people are getting some press? forget that. My show—I narrate it.'"

But how could the Paper Crown fashion designer prevent her former costars from making cameos on the anniversary special? Pratt claims she has friends in high places, which means her wishes carry a lot of weight.

"The head of programming for West Coast MTV is one of Lauren's little best friends since Laguna Beach," he said. "All she has to say to him is 'don't do anything with anybody else.' She has better relationships."

Montag agrees with her husband, saying, "It really was her show. She was the narrator and she really held all the cards, or most of them. And I think MTV has a special relationship with her, and they were just so excited to get her to do it that they probably just did whatever she wanted."

Conrad's former friend also took the time to call out Conrad on some of her claims on the anniversary special, like her revelation that she never had a romantic relationship with Jenner.

"They did date in the beginning, she did have a crush on him, but it ended,' she claims. "I thought they were really cute together when we were double dating. She couldn't find someone that she was willing to be on camera with and Brody was willing to do it."

But to hear Pratt tell it, Conrad's statements about her relationship with Jenner, are in keeping with the entire tone of the special, which he referred to as an "infomercial" and "fake bootleg version of "The Hills."

"It's so shady, they faked everybody out thinking there was this reunion," he said.

Montag admits that she would've liked to appear on the special, but unlike Pratt, holds no hard feelings against Conrad.

"I talked to her a few times on the phone after "The Hills," but I think too much has happened and we are in such different places that we would ever be part of each other's lives again," she said. "I don't think either of us hold any negative feelings and we both appreciate the times that we were friends... I know I certainly do."