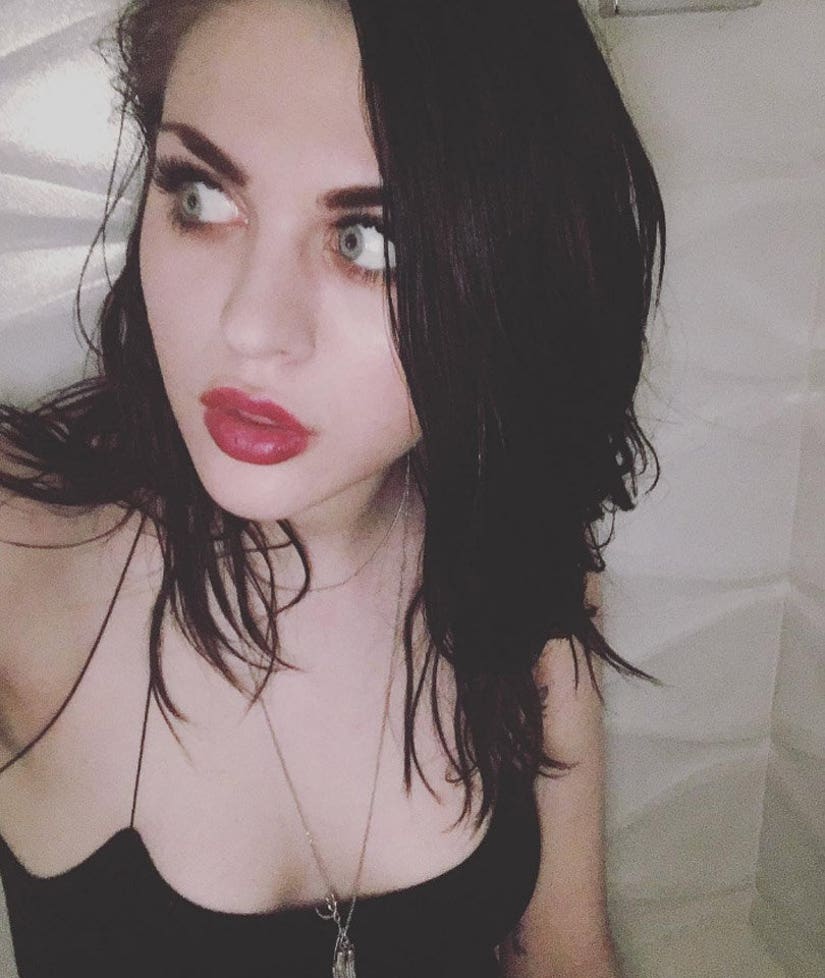 Music runs in her blood!

Frances Bean Cobain, daughter of Kurt Cobain and Courtney Love, shared a short video on Instagram over the weekend of her singing Jimmy Eat World's "The Middle" -- and, surprise surprise, she has quite the impressive voice.

Sporting a Fred Flintstone shirt and keeping her face hidden, the 23-year-old shared the moody, acoustic cover much to her fans' and mother's delight. So far, the video has racked up almost 50k views on her page, with another 48k after her mama re-shared it on her own page.

"I know your father is very proud of this as am I baby," Love captioned her re-gram, referencing the late Nirvana singer, who committed suicide just shy of Frances' second birthday in April 1994.

"I love you to the moon and back," Love added, along with some heart emojis and the hashtag, #proudmommy.

Frances got extremely candid about her father during an interview with Rolling Stone last year.

"Kurt got to the point where he eventually had to sacrifice every bit of who he was to his art, because the world demanded it of him," she told the mag. "I think that was one of the main triggers as to why he felt he didn't want to be here and everyone would be happier without him."

Of course, Frances does wish her father was here today though. "In reality, if he had lived I would have had a dad. And that would have been an incredible experience," she said.