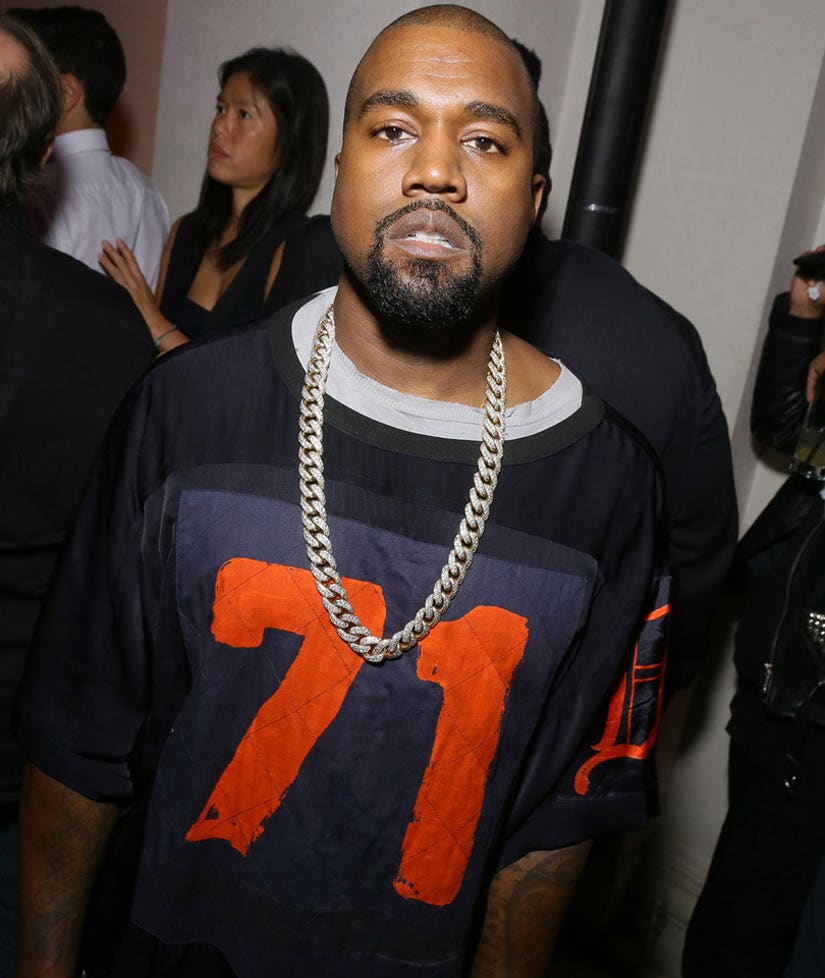 Looks like Kanye West couldn't keep up with the Kardashians on Sunday's episode of the reality series.

The rapper felt blindsided by news that Kylie Jenner had signed a deal with Puma—a fact that he didn't find out unil the deal had already gone through.Needless to say, the 38-year-old, who has a line of sneakers with Adidas, was not too happy with Kylie's latest business deal.

"Kanye had Kylie walk in his first two Yeezy shows," Kim Kardashian explained in an aside to the cameras. "He really believed in her as a part of his brand. I get my mom's job is to get us deals ... but everything has to be really carefully played out and I feel like this was a conflict of interest."

Khloe agreed with with her older sister, saying, "I don't agree with going against the family. Mom and or Kylie should have presented it to Kanye first."

For his part, Kanye made a pretty interesting analogy to convey just why he thought the move was so devious:

"It's like if I made a show Sunday night, and didn't tell any of you all about it, but I did a couple shows with y'all, just two shows with y'all first. So people saw me and were all, 'Ah, he's cool on camera.' And somebody offered me a deal, and I, like, did it and didn't tell none of y'all, and brought all my, like, whatever cool friends. Now it's like Jay Z, Beyonce was all on the show."

It seems Yeezy is indicating that Kylie would have never landed the Puma deal had she not worked for him on his Adidas venture.

Kim eventually confronted Kris Jenner, who was responsible for arranging the Puma deal for her teenage daughter.

"I run a business and the biggest part of my business it to pay attention to everyone involved ... and the best first for each one of my clients," Kris said in her defense. "Sometimes it's about a business decision."

But Kim wouldn't back down.

"Sometimes when you're dealing with family, it's not really about a business decision," Kim told her mom. "She was the model that he wanted ... I just would have liked the heads up ... He had no idea until the shoot was already happening."

But it seems Kris was finally able to put herself in Kanye's Yeezys, and understand his objections.

"I am just trying to do the best job for everyone that I can," Kris said. "Sometimes I get ahead of myself and forget to communicate the way I should."