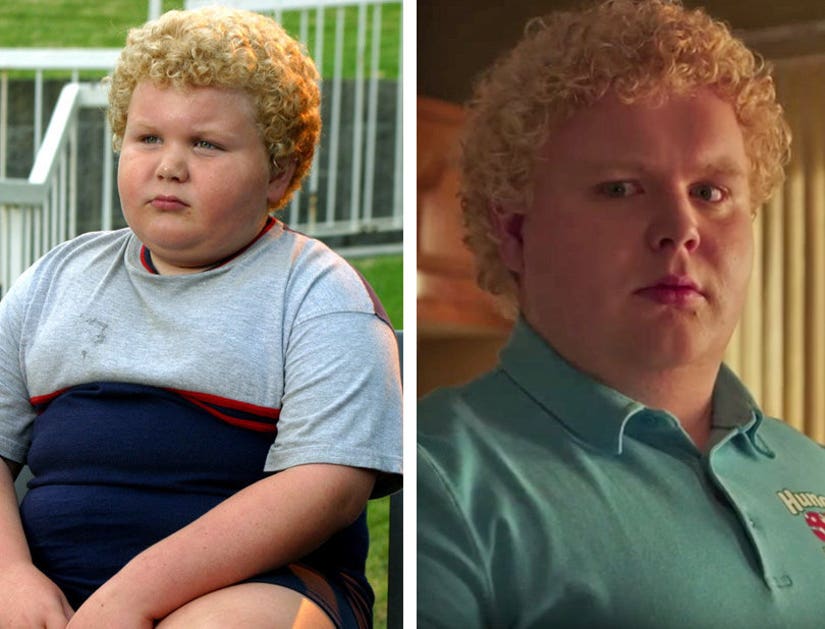 Thurman Merman is back ... and he's "officially a man."

Read the official synopsis below:

BAD SANTA 2 returns Academy Award®-winner BILLY BOB THORNTON to the screen as America's favorite anti-hero, Willie Soke. Fueled by cheap whiskey, greed and hatred, Willie teams up once again with his angry little sidekick, Marcus (TONY COX), to knock off a Chicago charity on Christmas Eve. Along for the ride is 'the kid' - chubby and cheery Thurman Merman (BRETT KELLY), a 250-pound ray of sunshine who brings out Willie's sliver of humanity.

Mommy issues arise when the pair are joined by Academy Award®, Golden Globe and Emmy-winner KATHY BATES, as Willie's horror story of a mother, Sunny Soke. A super butch super bitch, Sunny raises the bar for the gang's ambitions, while somehow lowering the standards of criminal behavior. Willie is further burdened by lusting after the curvaceous and prim Diane, played by Emmy Award-nominee CHRISTINA HENDRICKS, the charity director with a heart of gold and libido of steel.

Brett Kelly, the former child star who was cast in the original film when he was just 8, reportedly had to gain 40 pounds in order to step back into his infamous role.

"I've been living an extremely normal and boring life. I went to a regular high school, graduated from [University of British Columbia], and basically that brings us up to this point," the now 22-year-old recently told USA Today. "I got the call about 'Bad Santa 2' literally two days after I finished my last exam. The timing could not have been any better."

Miramax and Broadgreen Pictures also released a NSFW version of the trailer -- click here to watch that one!