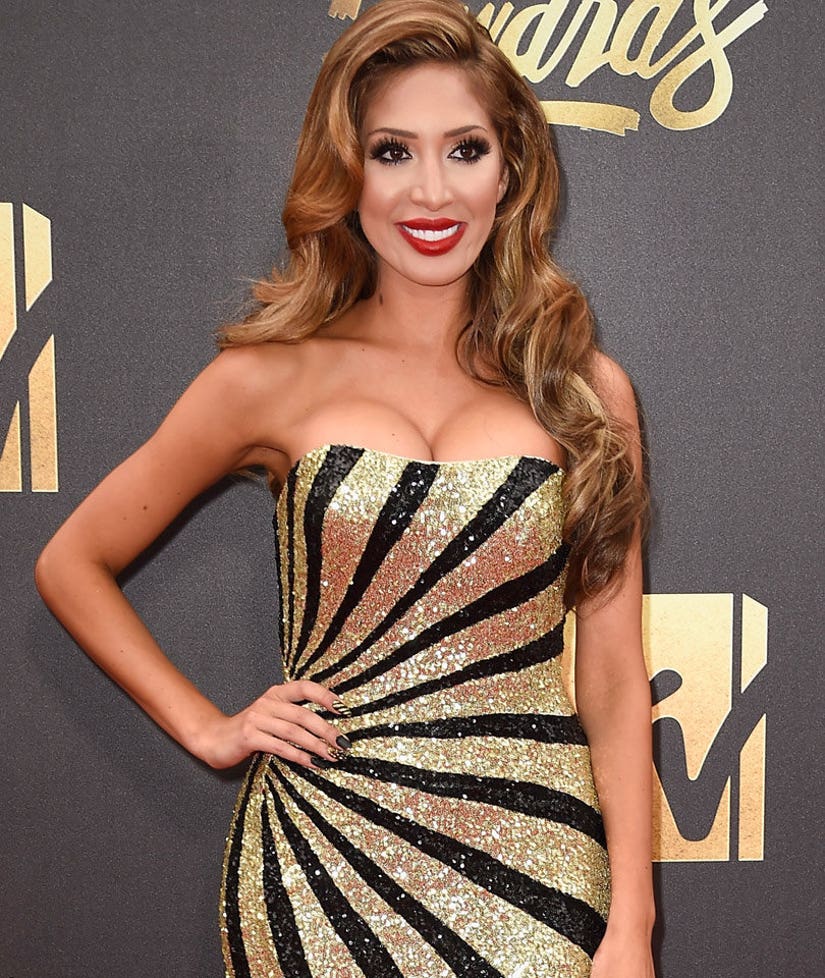 Farrah Abraham's daughter may still be in grade school but her mother is already speculating about her potential future in the adult film industry.

So when Abraham was a recent guest on the "Allegedly with Theo Von & Matthew Cole Weiss" podcast, the hosts took the time to ask her how she would react if her seven-year-old daughter Sophia ever decided to create a sex tape of her own.

"God bless her!" she exclaimed. "Because you know what, when you're 18, and if you feel that you're vulnerable enough or your mother wasn't there or you don't have enough money in your bank account and you decide to do that, then that's your own choice."

But while she admits she would respect her daughter's decision, she also goes on to say that she is taking steps now to prevent her little girl from having to follow in her footsteps.

So just what sort of advice is Abraham giving her daughter to ensure that she has a bright future?

She tells Sophia that the most important thing is "sticking to God" and she tries to give her daughter a good idea of the man her late father was, as well convey to her the importance of finding a good partner for herself.

"And just remembering all the things I told her about her dad, things about growing up as a woman and taking care of yourself," she shared. "And also how to find the right man! I was like, 'That boy better be running after you, not you running after the boy.'"

"I mean, my daughter is well-balanced," she asserts. "Anyone you ask is so amazed by Sophia. I'm pretty proud of the parent that I've become."

As for those glamour shots of Sophia that came under fire earlier this year, Farrah has a message for her critics.

"You know, when your kids are like 5 or 6 they already start playing with makeup," she says. "I will say this: Don't ever criticize a parent for the discovery and the imagination of someone who is little. Forget makeup, I have bigger s--- to deal with in my family, when my daughter is wondering about how we die and what's death and where is her dad and where did he go."