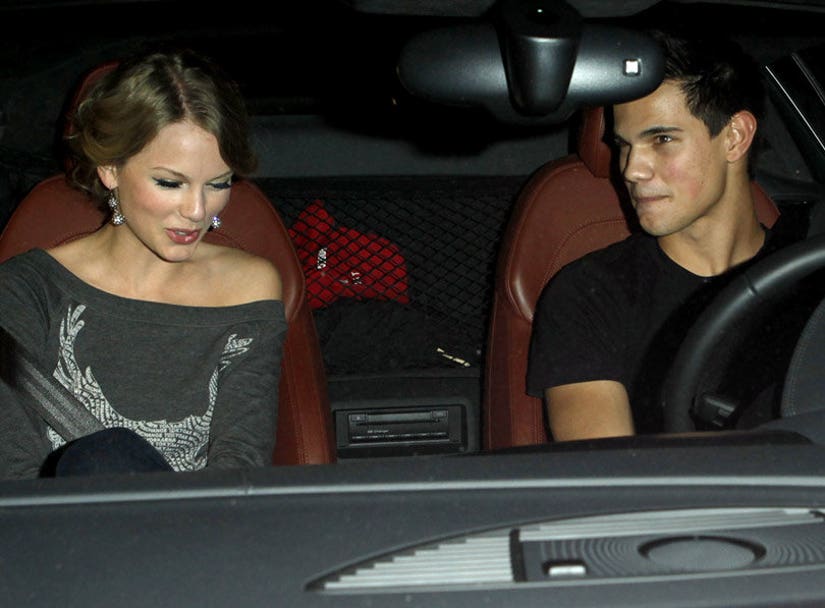 It's been years since Taylor Lautner and Taylor Swift were linked, but the romance is still following the actor!

The pair, who were referred to by fans as "Taylor Squared," dated back in 2009, after meeting on the set of "Valentine's Day." The two played a couple in the flick, which was released just two months after the split.

During a Facebook Live Q&A with his "Scream Queens" costars, Lea Michele and John Stamos, their relationship became the hot topic of conversation.

Stamos revealed to Michele that he "exposed who Taylor dated" in an earlier interview, which peaked her interest.

"You dated Taylor Swift, I remember that," Michele chimed in, adding, "Didn't she write a song about you?"

"That's what she does," Taylor replied. "She writes songs."

After some back and forth about a song involving a "sweater and a hat," Lautner admitted that Swift's song, "Back to December," was penned about him.

"Is it an angry song?" Stamos asked.

But, Stamos didn't let Lautner have all the attention. He later joked that Paula Abdul wrote "Cold Hearted Snake" about him!

Check out the end of the clip to see Lea's reaction!