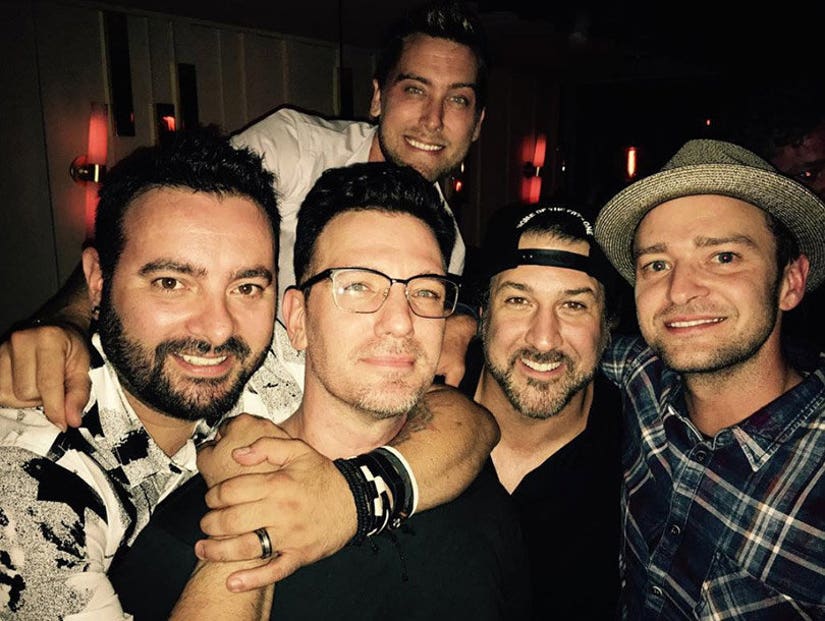 It's not the musical reunion we were hoping for, but it's still pretty darn good!

JT took to Instagram to share a photo from the special soiree, writing, "JC's 40th... And, if you don't know now you know..."

In the pic, the boy banders huddled around the birthday boy like no time had passed since the group hit the stage together back in the '90s.

While the guys briefly reunited when Justin received MTV's Video Vanguard Award in 2013, we can't expect to hear any new music from them anytime soon.

Earlier this year, Fatone and Kirkpatrick did make some music together with members of The Backstreet Boys and O-Town.

"What happened is, me and him are recording the title song for the soundtrack of 'Dead 7,'" Joey told toofab before the song came out. "It's cool, you've probably never heard anything like this before because it's myself, Chris is in it, Nick Carter, AJ [McLean] and Howie [Dorough]. So the five of us and probably a couple guys from O-Town are singing on it as well. It's the first time we've ever done something like that."

"It was a bunch of boy banders in Butte, Montana hanging out," he explained. "I never thought in a million years, literally more hanging out with Howie and laughing our asses off about stuff in the past. We all know people, it was the same circle. Especially with O-Town, in Orlando."

That song got us ready for some new 'N Sync tunes!