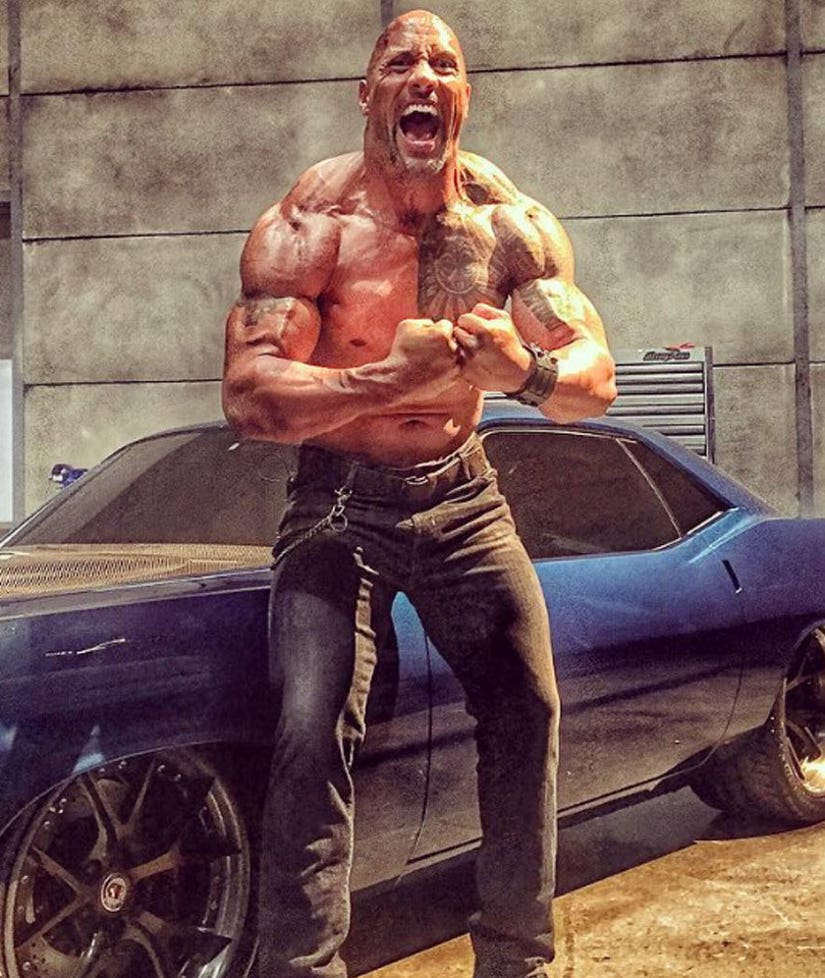 Dwayne "The Rock" Johnson is ticked!

The actor took to Facebook on Monday night to call out some of his "Fast & Furious 8" costars as unprofessional and "candy asses" ... but didn't name names.

"This is my final week of shooting Fast & Furious 8. There's no other franchise that gets my blood boiling more than this one," he wrote. "An incredible hard working crew. Universal Studios Entertainment has been great partners as well. My female co-stars are always amazing and I love 'em."

"My male co-stars however are a different story," he continued. "Some conduct themselves as stand up men and true professionals, while others don't. The ones that don't are too chicken s--- to do anything about it anyway. Candy asses"

"When you watch this movie next April and it seems like I'm not acting in some of these scenes and my blood is legit boiling - you're right," he added.

"Bottom line is it'll play great for the movie and fits this Hobbs character that's embedded in my DNA extremely well," he concluded. "The producer in me is happy about this part. Final week on FAST 8 and I will finish strong."

It's a pretty testosterone packed cast, so he could be talking about anyone from Vin Diesel to newcomer Scott Eastwood ... or he could just be totally joking.

With a lineup including the names above, plus Tyrese Gibson, Ludacris, Kurt Russell and Jason Statham, who do you think he's talking about? Sound off below!