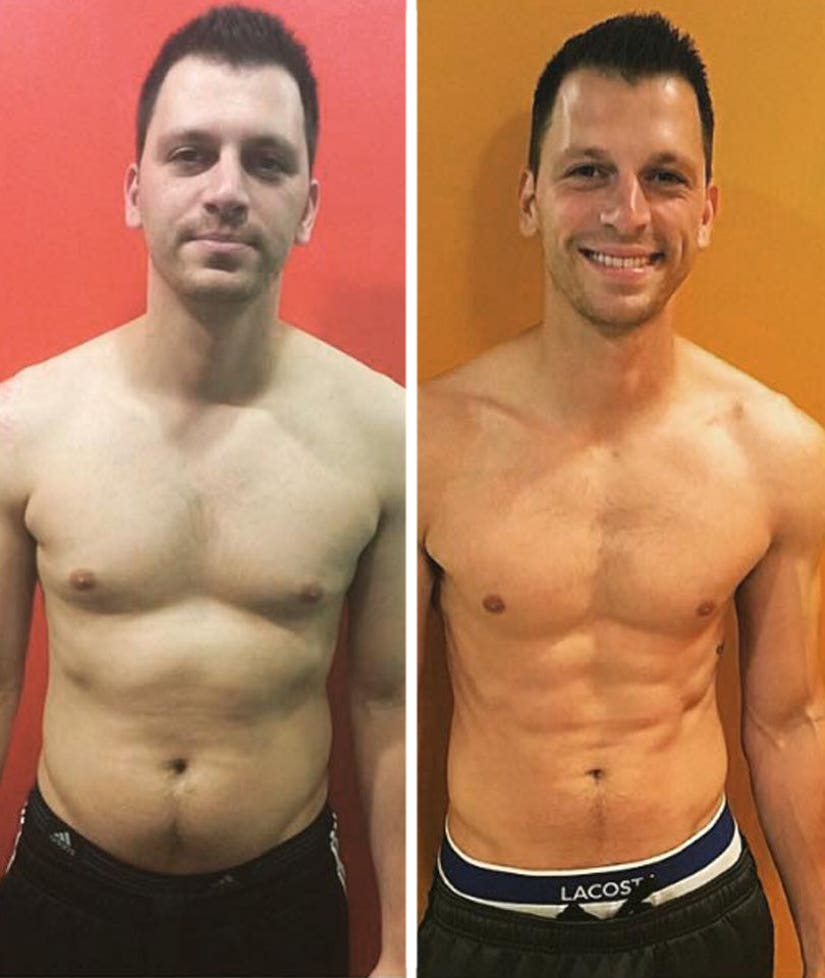 Looks like somebody's been working on his beach bod!

"Real Housewives of New Jersey" alum Albie Manzo has been working on his fitness and he's showing off the results of his hard work on Instagram.

The 30-year-old first showed off his newly sculpted form -- hello, abs! -- when he posted a shirtless before-and-after pic to the social media site.

"I can not put into words how appreciative I am that @rodrickcovington and the @corerhythmfitness team have been a part of my life," he captioned the photo. "I put up a pic a while back of a letter I wrote to myself. It was a conversation w Rodrick that made me write that letter and brought me to realize that the only way to truly get what you want in this world is to take responsibility for yourself and put the work in. The guy on the left was who I saw in the mirror that day, the guy on the right was who was pushing the pen. I am delighted to say they are two very different people."

Since then, the "Manzo'd With Children" star has posted many a shirtless pic of his ripped bod, including a shot of himself lounging on a donut-shaped pool float. (We're guessing that's the closest the reality show star has gotten to carbs in quite some time!)

And more recently, Caroline Manzo's son put his six-pack on display once again as he held up a little lady on his shoulders in a pool.

Hey, we'd pretty much live in the pool too if our physique was that fit!

Catch Manzo -- and his shredded stomach -- on "Manzo'd With Children" when the show returns to Bravo on Sunday, September 11.