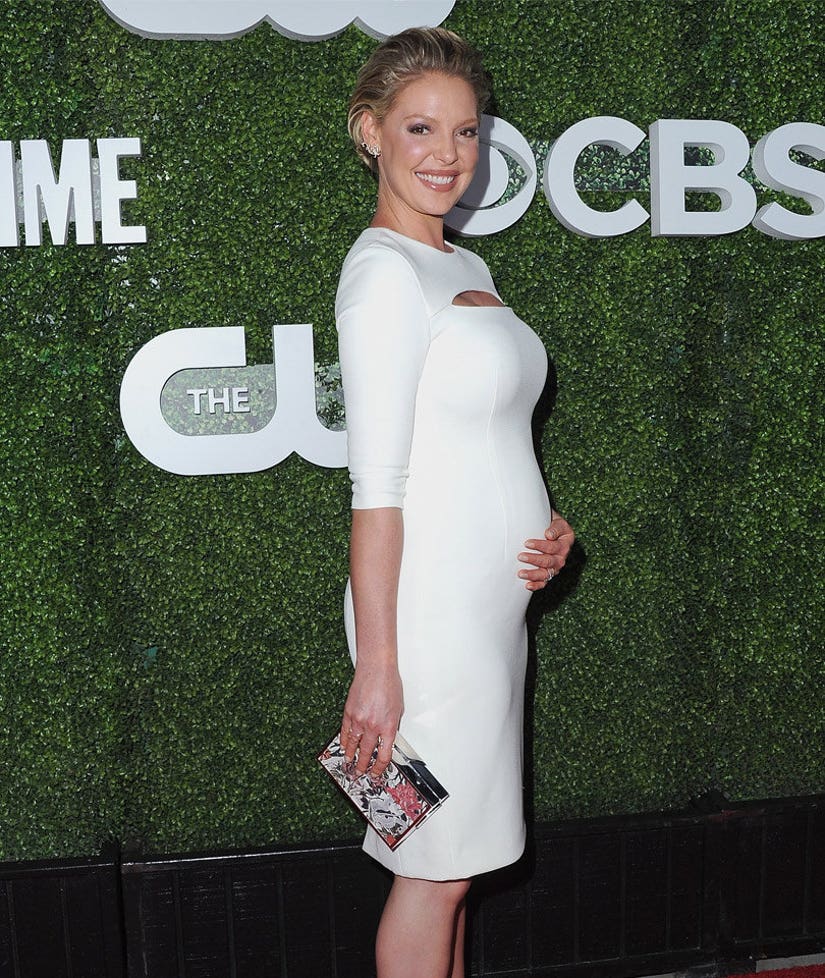 The expecting star hit the red carpet for the CBS, CW Showtime Summer TCA Party in West Hollywood on Wednesday.

The 37-year-old actress -- who's expecting her third child with hubby Josh Kelley -- showed off her baby bump in a chic quarter-sleeved mini. She styled her short tresses slicked back and completed her look with a floral clutch.

Heigl's "Knocked Up" costar Seth Rogen opened up about working with the actress on Howard Stern's Sirius XM show on Monday, where he said that the two had a "great dynamic" on the set ... but he felt "somewhat betrayed" by the blonde beauty after her 2008 Vanity Fair interview.

During the interview with the mag, Katherine said that she felt the comedy "paints women as shrews" which made it hard for her to "love the movie."

"The fact that perhaps she realizes that [the interview] hurt her career [which he wishes didn't] have happened to her at all. ... I've said a thousand stupid things, and I really like her," the "This Is The End" star told Stern. 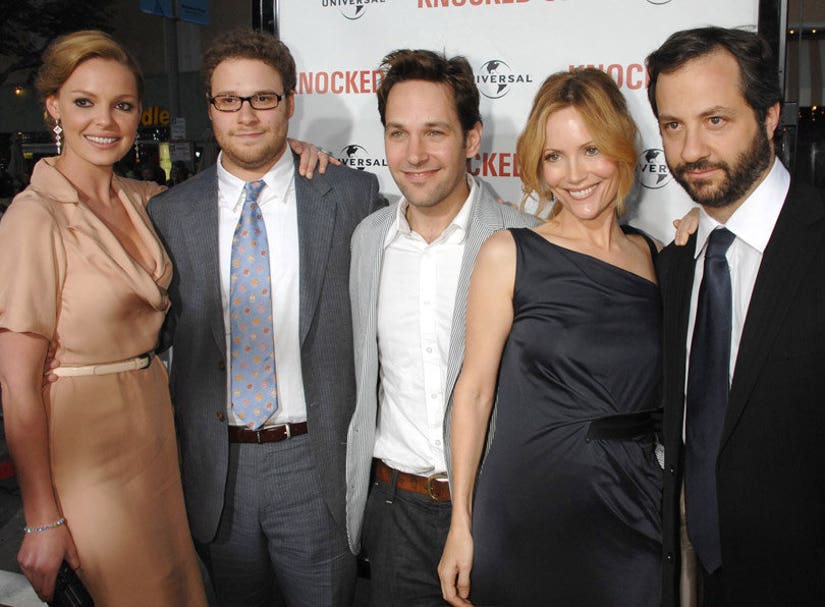 Heigl responded to Rogen's comments on Wednesday while chatting with Us Weekly, where she revealed that there's nothing but love for the comedian.

"I think that he's handled that so beautifully, and I just feel nothing but love and respect," the actress told the site. "And it was so long ago at this point, I just wish him so much goodness, and I felt that from him, too."

The "Grey's Anatomy" alum likewise opened up about her now-infamous interview with Vanity Fair while chatting with Stern back in April, where she admitted that shading the movie wasn't exactly the best move for her career. "[It was] an immature, dumb-ass moment," she confessed. Adding that, "[The interviewer] said, 'You know a lot of women felt it was a little sexist.' And I felt obligated to answer."

What do you think about Katherine's red carpet look and candid comments? Sound off below and check out the gallery above to see more expecting stars!