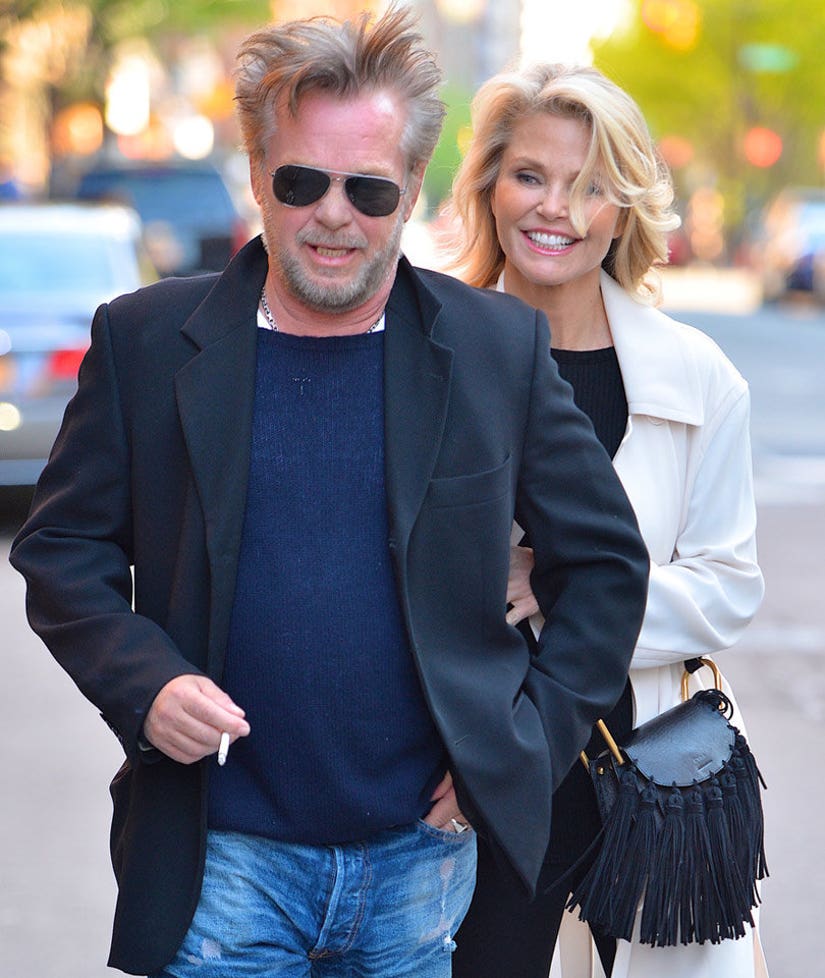 Christie Brinkley is going to bat for John Mellencamp!

The model took to Instagram on Thursday, to address an article that was written about her and Mellencamp's split ... where the musician was painted out to be a "redneck" and a "Donald Trump supporter."

Though they're no longer together, Brinkley still considers John a very close friend.

"While much has been written over the years about me that I simply allow to roll off my back...I do stand up for my friends when things seem unfair and this is the case here," she posted with a photo of the article. "On the heels of a mutual statement...which clearly explained that distance and work were all that stood in the way of our relationship...comes this convoluted article."

"[It] cherry picks lyrics from a Mellencamp song, Peaceful World, (which was written right before we went to war w Iraq )...and another more obscure song, The West End , which is about Seymour Indiana and how big box stores have ruined the small towns..and somehow Richard Johnson extrapolates from these old lyrics that John is against progressive Democratic politics and somehow sounds like a Trump fan and that 'hell-bent political opinions and redneck ways' were the reasons we parted," she continued.

The 62-year-old also made sure to mention that both she and the "Hurts So Good" singer are very much politically active and have lent their support to Democratic nominee, Hillary Clinton.

"John and I are actually both patriotic Americans who do our fair share of working to bring Americans together John primarily thru his work with Farm Aid and thru his music , which by the way he just gave Hilary Clinton his song for her campaign 'Our Country.' I was a delegate from the 1st congressional district of NY for Al Gore and have been on the campaign trails speaking out on behalf of our environmental health and nuclear disarmament," she clarified.

"We both believe that we stand a better chance of overcoming the problems America faces when Americans of every race religion ethnicity , gender, black lives, blue lives, come together in mutual respect and love and that's why we are both voting for Hillary," she concluded.

It definitely sounds like Brinkley has no problem voicing her opinions! What do you think about her Instagram rant? Sound off below and check out the gallery above to see more supermodels then and now!