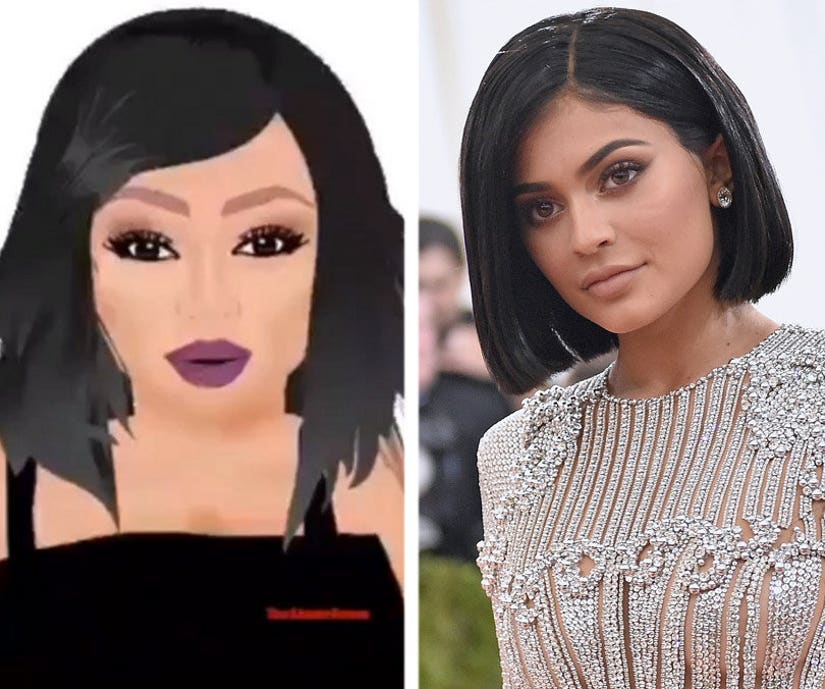 We're finally getting to see how the Kardashian family reacted to Blac Chyna's controversial emojis.

In case you missed it, Rob Kardashian's fiancee released a line of emojis in May that created a ton of buzz online.

One emoji presented a girl with dark hair and a plump purple pout getting slapped across the face. Everyone on the Internet immediately started speculating that the girl was supposed to be an animated version of Kylie Jenner.

In a preview for Sunday's episode of "Keeping Up With the Kardashians," Kourtney Kardashian is pissed when she sees the cartoon likeness.

"It's Kylie," her makeup artist says as the two look at the similarities.

"It set me over the edge," Kourtney declares, adding, "I was going to call Chyna ... I don't want to yell at a pregnant person."

Instead, she calls her brother to hash it out. "I yelled at him," the reality star admits.

"This is the first time that made me question Chyna's intentions," Kourt says in a confessional interview. "I usually don't let any of this stuff bother me. For some reason this just set me off."

After confronting Rob, Kourtney explains that Rob didn't react like she thought he should.

"He said, 'I'm going to tell everyone how I have the worst, most disgusting family,'" she explains to younger sister Khloe Kardashian.

It sounds like this feud is just heating up!

See all the drama unfold on the new episode of "Keeping Up With the Kardashians" on Sunday night on E!