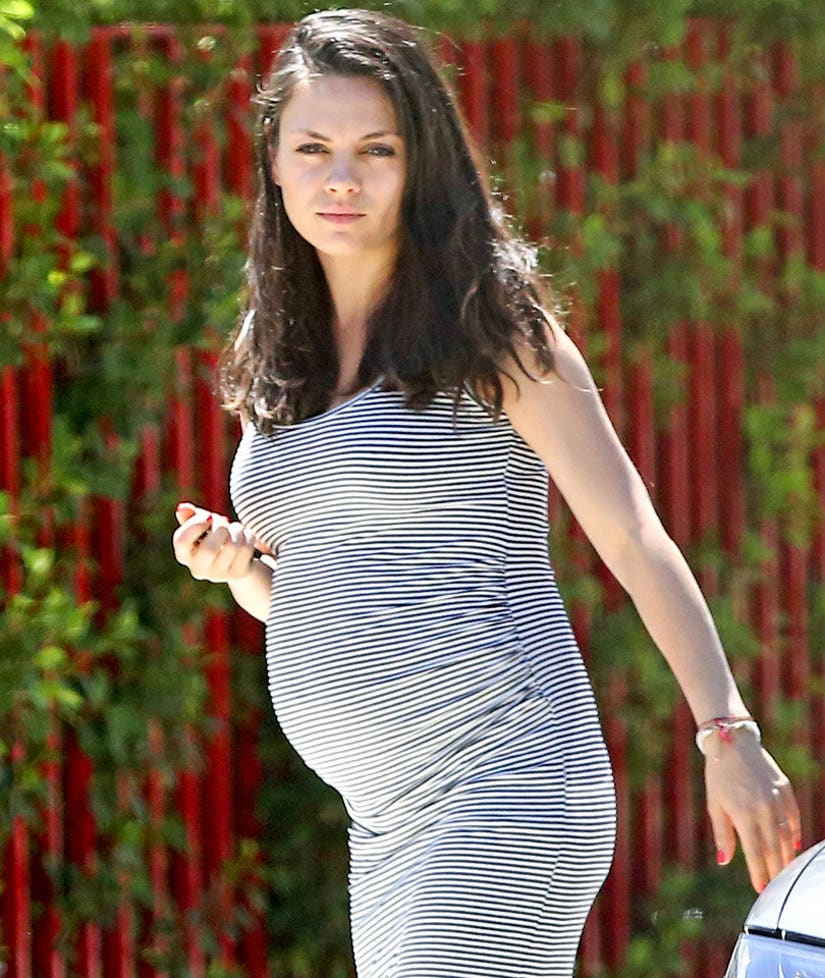 Mila Kunis, who is expecting her second child with husband Ashton Kutcher, showed off her growing baby bump on the streets of Los Angeles on Wednesday.

Clad in a body-hugging striped maxi dress and flip flop sandals, the 33-year-old walked alongside her hubby, who wore a baseball cap, gray pants, baseball tee and sneakers.

Kunis recently revealed that the couple, who are already parents to daughter Wyatt Isabelle Kutcher, share a similar outlook on how to raise their children.

"The one topic of conversation we had even prior to ever having kids was always, 'How do you raise a child to not be an a——?'" she revealed during an interview with Australian radio show, "The Kyle and Jackie O Show."

"It's a matter of teaching them from a very early age that, you know, 'Mommy and Daddy may have a dollar, but you're poor,'" she went on to say. "'You are very poor, you have nothing. Mommy and Daddy have a bank account.""

Her hilarious thoughts on parenting come as no surprise, considering the "Bad Moms" and costars Kristen Bell and Kathryn Hahn joked and laughed their way through a recently released gag real for their film.

Check out the hilarious video below: