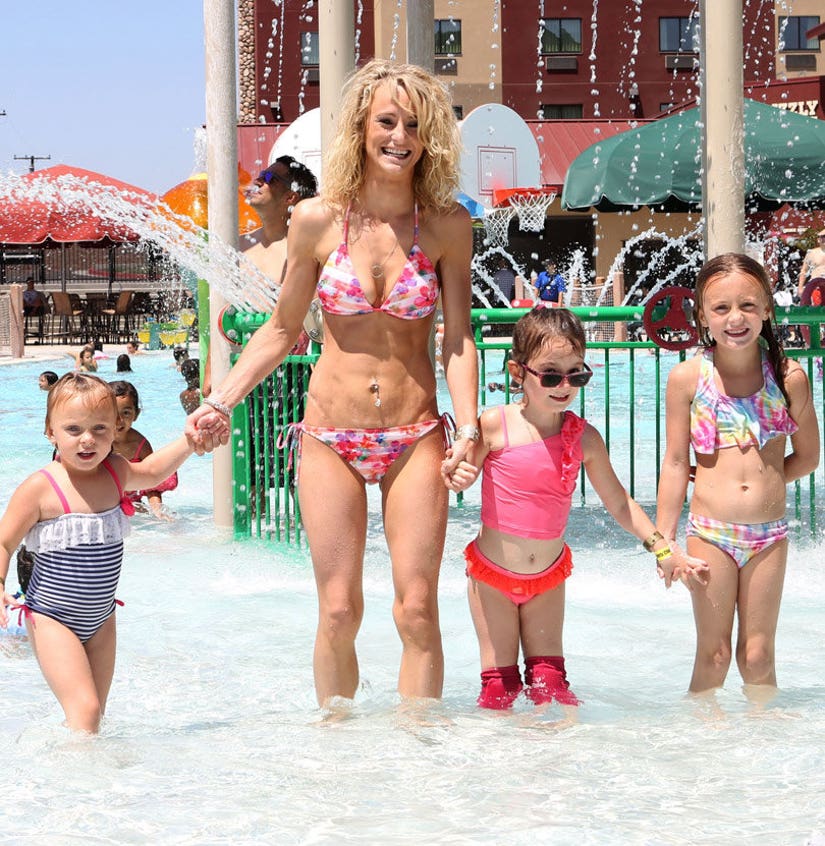 Leah Messer has nothing to hide.

Less than a month after being torn apart by some of her followers for posting a bikini photo, the "Teen Mom 2" star is back in her two-piece -- and proud of it.

The mother-of-three flaunted her tight tummy during a family vacation at the Great Wolf Lodge in Garden Grove, California. She was seen happily posing for photos with daughters Aleeah, Aliannah and Adalyn while the foursome played in the resort's pool.

The sighting comes after Leah shared an equally body-confident pic last week, where she showed off her stretch marks on Instagram.

Back in July, the mother-of-three was blasted as looking "painfully thin" after sharing a pic of her by the pool with her kids. "Jeesus! eat a burger gf," wrote one follower. Another added, "I know Leah has always been very slim but this pic looks painful. I hope it's just a bad pic and all is well with you Leah."

"Those saying she looks for three kids. She looked good rite after she had them up til now. This is a sign of something wrong. It's sad," wrote one more.

Messer wasted no time responding to the haters.

"First and foremost, there is much more to women than our bodies," Messer told Refinery29 at the time. "Yet many women seem to continually judge others, not by their character, but by their bodies. There are many more important issues going on in the world today than whether or not I had enough to eat for breakfast. (Side note: I had plenty.)"

"We should be focused on spreading love and kindness instead of mean-spirited bullying. Thankfully I am in a beautiful place in my life raising three wonderful, kind, loving and confident little girls," she continued. "The last thing I would want for them is to feel that they, too, could be ridiculed for their bodies. So let's stop with the shaming, start supporting one another, and focus on what really matters."