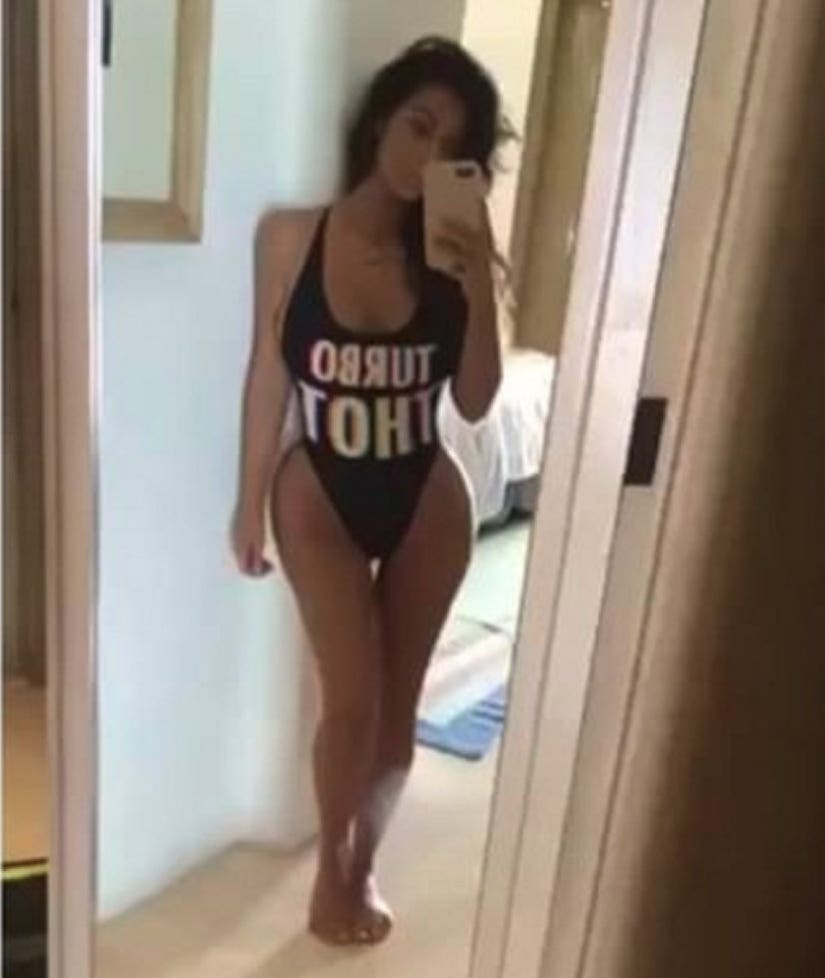 Kim Kardashian is giving us food for thot!

The 35-year-old continued to take to Snapchat to document her girls' trip to Mexico—and her extensive collection of swimsuits.

This time around Kardashian suited up in her new Kimoji-themed one-piece emblazoned with the words "Turbo Thot."

The fact that she's currently hosting a flash sale on her site selling the suit—along with other Kimoji-inspired merchandise—could have a little something to do with her decision to share posts of herself wearing the black-and-white piece.

The "Selfish" author stands in front of a full-length mirror to flaunt every curve, and is occasionally joined by a gal pal clad in—what else?—the white version of the Turbo Thot suit.

But what exactly is a turbo thot? The mother-of-two previously defined the phrase on her subscription-only site, according to the Daily Mail.

"Thot is an acronym for 'that ho over there'" Kim explains. "A 'turbo thot' is an individual who is particularly fast, in the colloquial and sexual sense of the word."

She followed up that post by sharing a set of racy videos in yet another two-piece, flaunting major cleavage and booty while all oiled up.