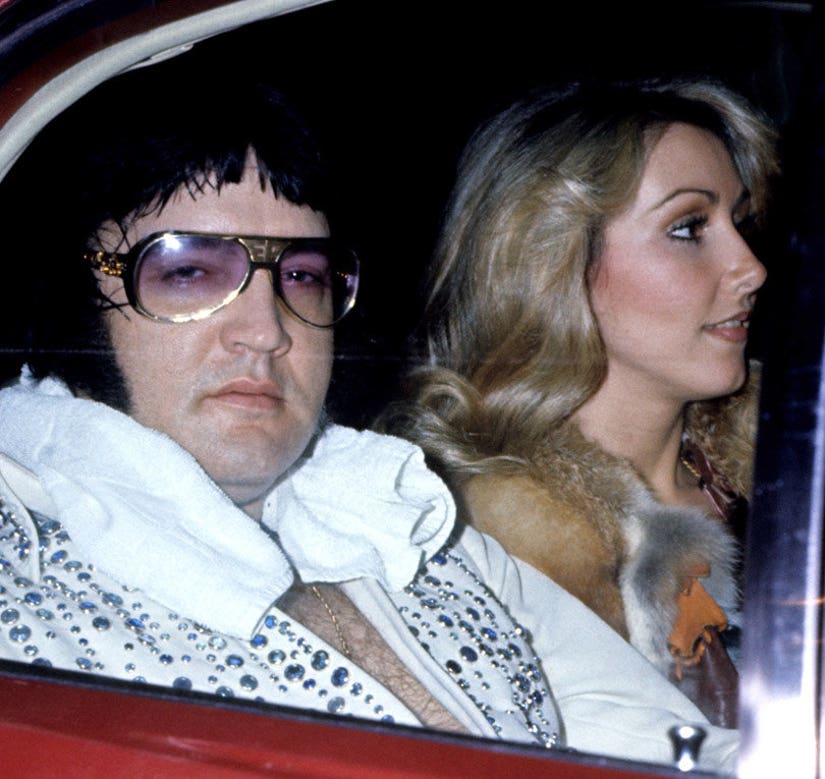 It's safe to say Linda Thompson has had one very interesting life -- and now, she's finally opening up in a new tell-all almost 45 years in the making.

While she's most known these days as Caitlyn Jenner's ex and mother to Brody and Brandon Jenner, Linda famously dated Elvis Presley when she was in her 20s. The two met in 1972, before dating for nearly five years.

In her new book, "A Little Thing Called Life: From Elvis' Graceland to Bruce Jenner's Caitlyn & Songs in Between," the now-66-year-old says she was a virgin when she met The King ... and he didn't pressure her to ditch her V-card.

"'I want to preserve for you as long as you need,'" she says he told her (via Us Weekly). "He actually used the word 'preserve.'"

After moving in together, the time finally came. "We were in our king-sized bed on a pedestal, with a mirrored ceiling above us, reflecting Elvis and me tangled in a loving entrainment of arms, legs, kissed and deeply felt intimacy," she writes. "Let's just say if you're not ready then, you're never going to be ready in your whole entire lifetime. I knew I was ready to make love with this man I absolutely adored with all of my heart and soul."

These were rough times for Presley, who was addicted to drugs and reportedly cheating on Thompson while they were together.

"After I had the stardust cleared from my eyes, I saw all the problems," she explains, "a dark side, [a] vicious temper, mood swings."

She also says she witnessed some major insecurities from Elvis, who she says had work done on his face when he turned 40. "There has been speculation through the years that Elvis has his eyes done or some other mystery procedure," she writes, "but that mini facelift was the extent of his plastic surgery."

The two split just eight months before his death.

She then moved on with Caitlyn Jenner, who was living as Bruce Jenner at the time they met. It was four years into their marriage when Jenner revealed she identified as a woman.

"It was earth-shattering. It was devastating,” she writes, adding, "People can't understand. 'You must've had some kind of idea.' No, nunca, nada, never, nothing."

"My deeper compassion was for Bruce ... for her to have felt so trapped in the wrong body, it broke my heart to think that he, that he had struggled so long and so hard," she added.

Jenner didn't go public with her transition until 2015, 30 years after her marriage to Thompson fell apart.