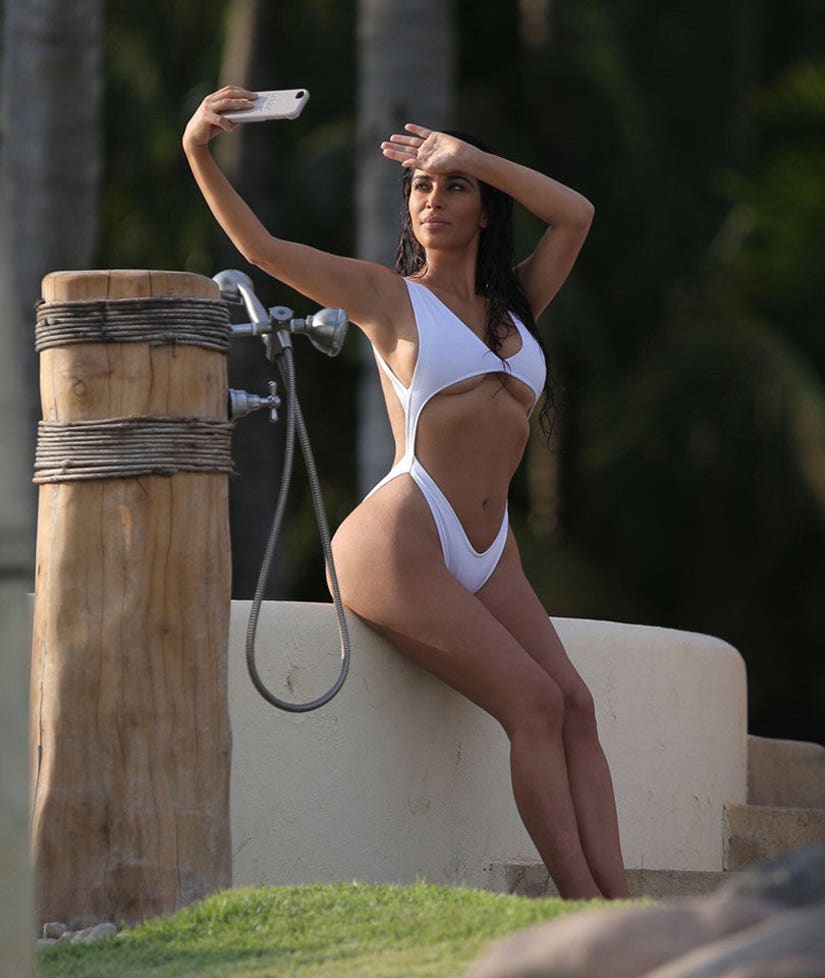 Kim Kardashian's absolutely insane beach photos are translating into major $$$ for the designer who made her suits.

The reality TV star had the Internet going wild over her slim physique (and killer booty!) in swimsuit photos she took last week while on vacation at Joe Francis' equally-impressive estate in Punta Mita, Mexico.

And apparently a ton of people want to mimic Kim's beach style -- because after she tagged one the bathing suit's creators on Instagram, their business exploded!

"The website went crazy, orders up 10x, celebrity stylists calling left and right to get people my stuff," Yohman tells us, mentioning someone for Karrueche Tran was especially interested. Others have been requesting custom pieces as well. "It's been incredible," she exclaims.

Since the two share some mutual friends, Kim herself told Yohman she purchased two of the designer's Brazilian Monokinis back in 2015, when she was pregnant with her second child ... but said she wanted to wait until she got her pre-baby bod back before wearing them.

Well, looks like Kim's definitely comfortable with her body now!

The suit is specifically made for women with curvier frames, like Kardashian, and is also designed to minimize tan lines.

The designer says Kardashian modeling one of her looks has been, by far, the biggest moment for her business. "I almost fainted when I saw she had it on," she adds.

Check out more of Kimi's designs over at her official website ... and see more of Kardashian's HOT beach pics in the gallery above.