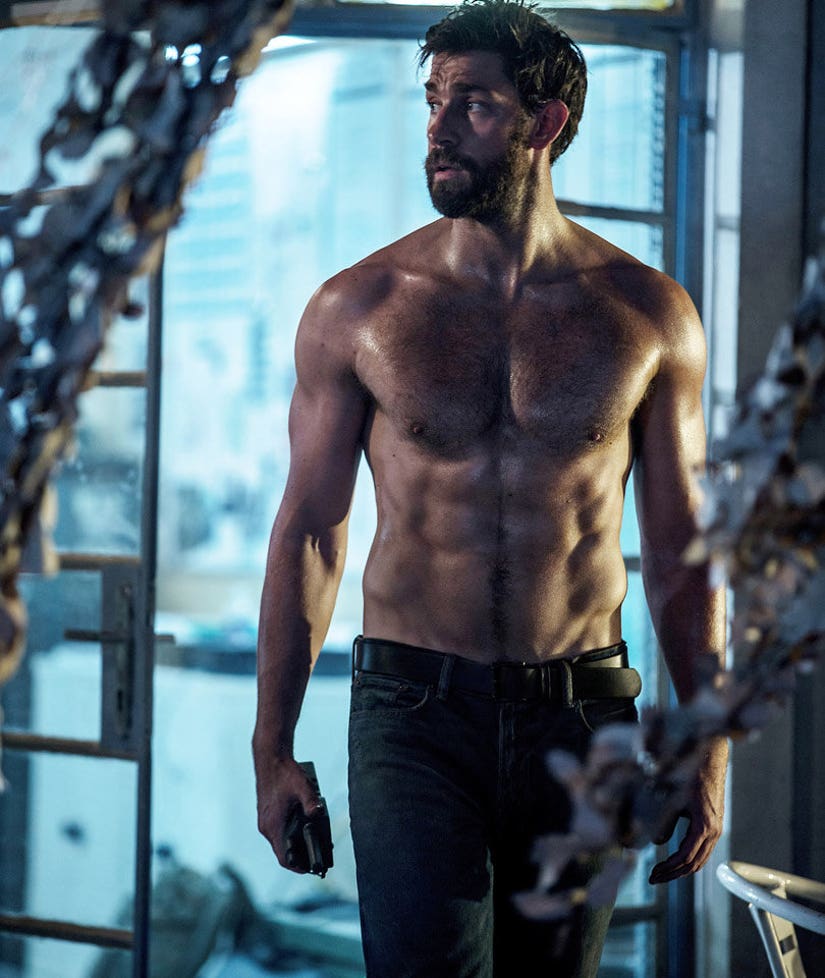 Looks like John Krasinski has been working hard at the gym—and in the bedroom!

In preparation to play a CIA operative in "13 Hours," the 36-year-old packed on 25 pounds of muscle. And to hear him tell it, both his health and his sex life benefitted from his newly ripped body.

When asked if doing the deed was any different thanks to his fit physique during an interview with Elle magazine, Krasinski gave a pretty clear cut answer.

"Absolutely," he said. "And again, totally selfishly, it is so much better for me being jacked because you feel so much more confident and you see yourself as this much more sexual person, which is really fun."

But is wife Emily Blunt a fan of his beefed up bod?

"The truth is, she really is that person who would like me any way," the former "Office" star admits. "But I don't think she's going to kick the eight-pack abs out of bed."

In an interview with Conan O'Brien earlier this week, however, the father of two admitted he wasn't always so open to the thought of transforming his body for a role. During a screen test for "Captain America," Krasinki had the opportunity to suit up in the super hero's suit.

"And I got to right about my waist, I was still shirtless, feeling pretty good about myself," he said. "I wasn't 13 Hours [fit] yet but I felt pretty good."

But that all changed when Chris Hemsworth, who plays Thor in the "Avengers" films walked by him.

But does Krasinski's new physique mean he will abandon his comedy roots. Don't count on it. Just last night, he and James Corden hilariously reenacted scenes from classic films like "Pulp Fiction" and "Gone with the Wind"—improvising the lines wrong for comedic effect. Check out their antics in the video (above).